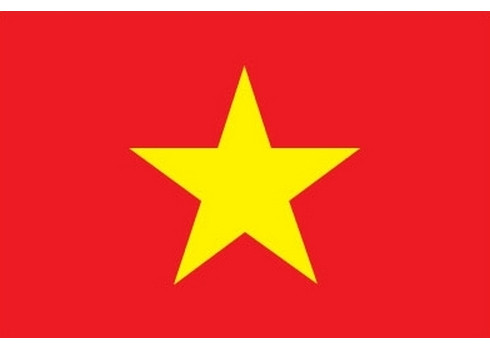 Here is a list of top tourist attractions in Vietnam. Only the topmost tourist destinations are presented here. To see other destinations, please check the images from Vietnam section.

Curious if any of these place from Vietnam made it our best tourist attractions in the world list? Read the aformentioned article in order to find out.

The tunnels of Củ Chi are an immense network of connecting underground tunnels located in the Củ Chi district of Ho Chi Minh City, Vietnam, and are part of a much larger network of tunnels that underlie much of the country. The Củ Chi tunnels were the location of several military campaigns during the Vietnam War, and were the Viet Cong's base of operations for the Tết Offensive in 1968. The tunnels were used by Viet Cong soldiers as hiding spots during combat, as well as serving as communication and supply routes, hospitals, food and weapon caches and living quarters for numerous North Vietnamese fighters. The tunnel systems were of great importance to the Viet Cong in their resistance to American forces, and helped to counter the growing American military effort.

Mỹ Sơn is a cluster of abandoned and partially ruined Hindu temples constructed between the 4th and the 14th century AD by the kings of Champa. The temples are dedicated to the worship of the god Shiva, known under various local names, the most important of which is "Bhadresvara." Mỹ Sơn is located near the village of Duy Phú, in the administrative district of Duy Xuyên in Quảng Nam Province in Central Vietnam, 69 km southwest of Da Nang, and approximately 10 km from the historic town of Trà Kiệu. The temples are in a valley roughly two kilometres wide that is surrounded by two mountain ranges. From the 4th to the 14th century AD, the valley at Mỹ Sơn was a site of religious ceremony for kings of the ruling dynasties of Champa, as well as a burial place for Cham royalty and national heroes. It was closely associated with the nearby Cham cities of Indrapura and Simhapura. At one time, the site encompassed over 70 temples as well as numerous stele bearing historically important inscriptions in Sanskrit and Cham. Mỹ Sơn is perhaps the longest inhabited archaeological site in Indochina, but a large majority of its architecture was destroyed by US carpet bombing during a single week of the Vietnam War.

The Ho Chi Minh Mausoleum is a large memorial in Hanoi, Vietnam. It is located in the centre of Ba Dinh Square, which is the place where Vietminh leader Ho Chi Minh, Chairman of the Communist Party of Vietnam from 1951 until his death in 1969, read the Declaration of Independence on September 2, 1945, establishing the Democratic Republic of Vietnam.

Independence Palace, also known as Reunification Palace, built on the site of the former Norodom Palace, is a landmark in Ho Chi Minh City, Vietnam. It was designed by architect Ngô Viết Thụ and was the home and workplace of the President of South Vietnam during the Vietnam War. It was the site of the end of the Vietnam War during the Fall of Saigon on April 30, 1975, when a North Vietnamese Army tank crashed through its gates.

Hoan Kiem Lake is a lake in the historical center of Hanoi, the capital city of Vietnam. The lake is one of the major scenic spots in the city and serves as a focal point for its public life.

Saigon Notre-Dame Basilica, officially Basilica of Our Lady of The Immaculate Conception is a cathedral located in the downtown of Ho Chi Minh City, Vietnam. Established by French colonists, the cathedral was constructed between 1863 and 1880. It has two bell towers, reaching a height of 58 meters.

The War Remnants Museum is a war museum at 28 Vo Van Tan, in District 3, Ho Chi Minh City, Vietnam. It primarily contains exhibits relating to the American phase of the Vietnam War.

Suối Tiên Amusement Park is an amusement park in District 9, Hồ Chí Minh City, Vietnam. The park includes several entertainment areas. The landscaping and attractions in the park illustrate Vietnam's history and legends, such as Âu Cơ and Lạc Long Quân as well as the Battle of Son Tinh and Thuy Tinh. An artificial seawater pool is located in the park for sea-bathers. There is also a dinosaur garden. The Tiên Dong beach is a man-made beach featuring a gigantic waterfall with the face of an emperor sculpted into it. The park is colorful, and you will find giant sculpted dragons painted in gorgeous blue and orange pastels, soft red Buddha statues and lush green gardens, as well as all the normal theme park attractions; the park also has a zoo. Beginning in 2017, the park will be served by a stop on the first line of the Ho Chi Minh City Metro, currently under construction.

Vinpearl is a resort company operated by Vietnamese billionaire Pham Nhat Vuong. It merged with Vincom in 2007. Vinpearl Land is a resort island in Nha Trang, Vietnam located in the old Hòn Tre island.

Dam Sen Cultural Park is an amusement park located in District 11, Ho Chi Minh City, Vietnam. The park has an area of 50 hectares, of which 20% comprises lakes and 60% trees and gardens.

Thiên Mụ Pagoda is a historic temple in the city of Huế in Vietnam. Its pagoda has seven storeys and is the tallest in Vietnam. The temple is often the subject of folk rhymes and ca dao about Huế, such is its iconic status and association with the city. It is regarded as the unofficial symbol of the former imperial capital. The pagoda sits on the Hà Khê hill, in the ward of Hương Long in Huế. It is around 3 km from the Citadel of Huế constructed by the Nguyễn Dynasty and sits on the northern bank of the Perfume River.

The Municipal Theatre of Ho Chi Minh City, also known as Saigon Opera House, is an opera house in Ho Chi Minh City, Vietnam. It is an example of French Colonial architecture in Vietnam. Built in 1897 by French architect Eugène Ferret as the Opėra de Saigon, the 800 seat building was used as the home of the Lower House assembly of South Vietnam after 1956. It was not until 1975 that it was again used as a theatre, and restored in 1995.

The Vietnam Museum of Ethnology is a museum in Hanoi, Vietnam, which focuses on the 54 officially recognized ethnic groups in Vietnam. It is located on a 3.27-acre property in the Cầu Giấy District, about 8 km from the city center. It is widely considered to be the finest modern museum in Vietnam and a tourist attraction in Hanoi. The proposal for the museum was officially approved on December 14, 1987. Construction lasted from 1987 to 1995, and it was opened to the public on November 12, 1997. The exhibition building was designed by the architect Hà Đức Lịnh, a member of the Tày ethnic group, in the shape of a Dong Son drum, and the interior architecture was designed by the French architect Véronique Dollfus. Opening hours is 8:30am to 5:30pm Tuesday to Sunday

The National Museum of Vietnamese History is located in the Hoan Kiem district of Hanoi, Vietnam.

Vietnam Fine Arts Museum is a national museum of Vietnam, located in Hanoi.