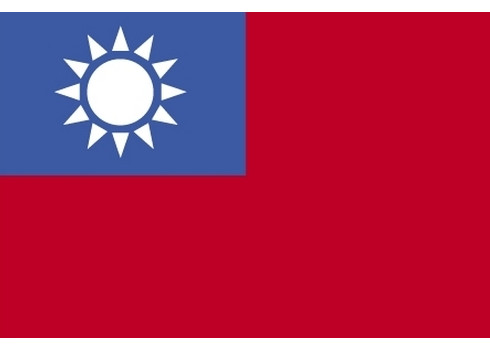 Here is a list of top tourist attractions in Taiwan. Only the topmost tourist destinations are presented here. To see other destinations, please check the images from Taiwan section.

Curious if any of these place from Taiwan made it our best tourist attractions in the world list? Read the aformentioned article in order to find out.

Tuntex Sky Tower, or the T & C Tower or 85 SKYTOWER, is an 85-floor skyscraper located in Lingya District, Kaohsiung, Taiwan. The structure is 347.5 m high. An antenna pushes the building height to 378 m. Constructed from 1994 to 1997, it is the tallest skyscraper in Kaohsiung, and was the tallest in Taiwan until the completion of Taipei 101. The building was designed by C.Y. Lee & Partners and Hellmuth, Obata & Kassabaum, and has an unusual 'prong' design with two separate 39-floor sections, which merge into a single central tower rising to a spire. This unique design leaves a substantial space below the central part of the tower. The design was inspired by the Chinese character Kao, meaning "tall," and also the first character in the city's name. John W. Milton was Project Director on behalf of Turner International Inc, a subsidiary of Turner Construction. The building is owned by the Tuntex Group and is mainly offices, but includes residential space, a department store and the Splendor Kaohsiung hotel occupies the 37th to 70th floors. An observation deck on the 75th floor offers views over the Kaohsiung City, the Love River and the Kaohsiung Harbour, and is accessed by high speed elevators, capable of speeds of 10.17 m/s.

Mengjia Longshan Temple is a temple in Wanhua District, Taipei, Taiwan. The temple was built in Taipei in 1738 by settlers from Fujian, China. It served as a place of worship and a gathering place for the Chinese settlers. The temple has been destroyed either in full or in part on numerous earthquakes and fires. During World War II, on 31 May 1945 it was hit by American bombers during the Raid on Taipei, who claimed the Japanese were hiding armaments inside. The main building and the left corridor were damaged and many precious artifacts and artworks were lost in the ensuing fire. Taipei residents have nevertheless consistently rebuilt and renovated it, and did so again after the end of the Second World War a few months later. Longshan is seen as an emblematic example of Taiwanese classical architecture, with southern Chinese influences commonly seen in older buildings. Like most temples in Taiwan, the Temple worships a mixture of Buddhist, Taoist, and folk deities such as Matsu.

The Love River or Ai River is a river in southern Taiwan. It originates in Renwu District, Kaohsiung City, and flows 12 kilometers through Kaohsiung to Kaohsiung Harbor. Love River is the spine of Kaohsiung, playing a similar role to the River Thames of London. It is of great cultural significance to the people of Kaohsiung and plays an important role in its economy and tourism. A riverside park, the Love River Park, runs along the riverbank in downtown Kaohsiung City. A night market operates in the park, and there are three outdoor cafés, often with live bands. Boats which hold about fifteen people take tourists up and down the river. The scenery is enhanced by attractive city structures near the river, such as the Holy Rosary Cathedral, Kaohsiung Bridge, and the Kaohsiung District Court. Cultural events such as concerts and the Lantern Festival are often held by the river. The Love River was once heavily polluted, when raw sewage and industrial waste water flowed untreated into the river. Recent efforts by the city government to divert the waste water to the treatment plant in Cijin District has resulted in significantly improved water quality.

Janfusun Fancyworld is an amusement park in Gukeng Township, Yunlin County, Taiwan. The park features Sky Wheel, which is Taiwan's tallest Ferris wheel, and three roller coaster rides. It also has costume shops, live acrobat and drag queen shows, a movie theater, and a water park with a Hawaiian-like stage.

Taijiang National Park, located in the southwest coast of Taiwan, is the newest national park of Taiwan. Taijiang National Park was established in 2009. The majority of the park is within the city of Tainan. In total, the park’s planned area stretches from the southern sea wall of Qingshan Fishing Harbor to the south bank of Yanshuei River and is mostly public coastal land. Main island Taiwan’s most western point, Guosheng Lighthouse, is within the boundaries of the park which measures 20.7 km north to south and has an area of 393.1 km², of which land accounts for 49.05 km². The marine area covers a band extending 20 metres from the shore and 54 km long from Yanshui River to Dongji Island, an area of 344.05 km².

The Museum of Anthropology is a museum in Da'an District, Taipei, Taiwan. The museum is located at National Taiwan University.