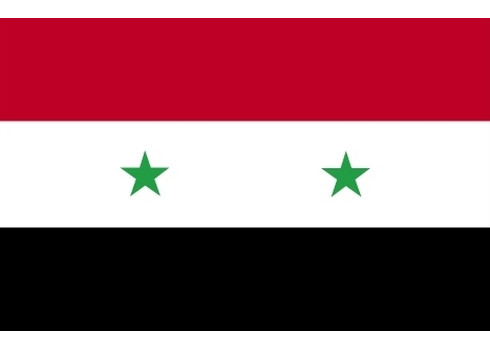 Here is a list of top tourist attractions in Syria. Only the topmost tourist destinations are presented here. To see other destinations, please check the images from Syria section.

Curious if any of these place from Syria made it our best tourist attractions in the world list? Read the aformentioned article in order to find out.

The Umayyad Mosque, also known as the Great Mosque of Damascus or formerly the Basilica of Saint John the Baptist, located in the old city of Damascus, is one of the largest and oldest mosques in the world. It is considered by some Muslims to be the fourth-holiest place in Islam. After the Arab conquest of Damascus in 634, the mosque was built on the site of a Christian basilica dedicated to John the Baptist. The mosque holds a shrine which today may still contain the head of John the Baptist, honored as a prophet by both Christians and Muslims alike, and is believed to be the place where Isa will return at the End of Days. The tomb of Saladin stands in a small garden adjoining the north wall of the mosque.

Azm Palace is a palace in Damascus, Syria which was originally built in 1750 as a residence for the Ottoman governor of Damascus As'ad Pasha al-Azm. The palace now houses the Museum of Arts and Popular Traditions.

The Temple of Bel is an ancient stone ruin located in Palmyra, Syria. The temple, consecrated to the Semitic god Bel, worshipped at Palmyra in triad with the lunar god Aglibol and the sun god Yarhibol, formed the center of religious life in Palmyra and was dedicated in 32 CE. Aedeen Cremin considers its ruins the "best preserved" at Palmyra.

The National Museum of Damascus is a large museum in the heart of Damascus, Syria. The most popular part of the museum is the reconstruction of the 2nd century AD Dura-Europos synagogue.

Sayyidah Ruqayya Mosque is a shrine located in Damascus, Syria, that contains the grave of Sukayna, the infant daughter of Husayn ibn ‘Alī. After enduring the advent of Karbalā and the torturous journey to Damascus that followed it, Sukayna died at the age of four in Yazid's prison, where she was originally buried. Years later however, upon the flooding of her gravesite, her grave was reopened and she was moved to the site where the Mosque now stands. The mosque was built around the mausoleum in 1985 and exhibits the modern style of Iranian architecture, with a tremendous amount of mirror and gold work. There is a small mosque area adjoining the shrine room, along with a small courtyard in front. This mosque is found a short distance from the Umayyad Mosque and the Al-Hamidiyah Souq in central Damascus.