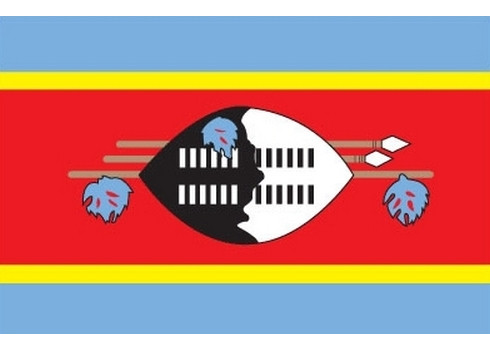 Here is a list of top tourist attractions in Swaziland. Only the topmost tourist destinations are presented here. To see other destinations, please check the images from Swaziland section.

Curious if any of these place from Swaziland made it our best tourist attractions in the world list? Read the aformentioned article in order to find out.

Hlane Royal National Park is a park in Swaziland, roughly 67km northeast of Manzini along the MR3 road. Prior to the park being public, it was a private royal hunting ground. Hlane, meaning 'wilderness', was named by King Sobhuza II. It is now held in trust for the Nation by His Majesty King Mswati III, and is managed by Big Game Parks, a privately owned body. It is Swaziland's largest protected area and also the largest park. The park and its adjacent dispersal areas covers 30,000 hectares of Swazi bushveld. It is a flat lowland area, covered with ancient hardwood trees like knobthorn, leadwood and tambuti, with some grasslands and shallow pans. Hlane is home to lion, elephant and white rhino. Wildebeest, zebra and impala are attracted to the waterholes during the dry winter months, June to September. It has an abundant and diverse bird life, including the highest density of nesting white-backed vultures in Africa. Raptors include martial eagles, bateleurs, and Long-crested Eagles, as well as several species of vultures including white-backed, white-headed, lappetfaced and the occasional Cape vulture. It has the southernmost nesting site of the marabou stork.

Mkhaya Game Reserve is a protected area in Swaziland. It is located along the MR8 road.

Somhlolo National Stadium is a multi-purpose stadium in Lobamba, Swaziland. Built in 1968, it is currently used mostly for football matches. It is named for King Somhlolo, who had moved his people into the region that is now Swaziland about 200 years ago, and is considered the father of the country. The stadium holds 20,000, it also holds the rugby for Swaziland. Address:MR 103 City:Lobamba Opened:1968 Capacity:20000 Surface:artificial turf http://www.fussballtempel.net/caf/SWZ/Somhlolo.html

Mlawula Nature Reserve is situated in north-eastern Swaziland. It covers approximately 16,500 hectares and is adjacent to Mbuluzi Game Reserve, Simunye Nature Reserve and Hlane Royal National Park. The Mlawula area was first proclaimed as a protected area in 1914 but was subsequently deproclaimed and subdivided into cattle ranches. The first part of Mlawula to be reproclaimed as a conservation area was donated to the in 1978 as Ndzindza Nature Reserve. Mlawula Estates were purchased soon after followed by the donation of Nyala Ranch. Mlawula has a high bird diversity and over 350 species have been recorded.

Hawane Nature Reserve was first established in 1978 to protect an area of marsh along the Mbuluzi River. This area included the natural habitat of Kniphofia umbrina, a rare Swaziland endemic red hot poker. When the Hawane dam was built in 1988 to provide Mbabane's water supply, the reserve was expanded to protect the surrounding wetlands. The reserve is managed by the Swaziland National Trust Commission. The reserve's main attraction is its wealth of birdlife. A trail is provided for bird-watching. Bird species include lanner falcon, egyptian goose, pied kingfisher and white-faced whistling duck.