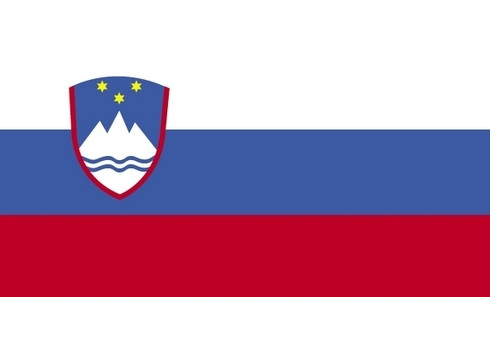 Here is a list of top tourist attractions in Slovenia. Only the topmost tourist destinations are presented here. To see other destinations, please check the images from Slovenia section.

Curious if any of these place from Slovenia made it our best tourist attractions in the world list? Read the aformentioned article in order to find out.

Postojna Cave is a 20,570 m long karst cave system near Postojna, Slovenia. It is the second-longest cave system in the country as well as one of its top tourism sites. The caves were created by the Pivka River.

Triglav National Park is the only national park in Slovenia. It was established in its modern form in 1981 and is located in the northwestern part of the country, respectively the southeastern part of the Alpine massif. Mount Triglav, the highest peak of Julian Alps, stands almost in the middle of the national park. From it the valleys spread out radially, supplying water to two large river systems with their sources in the Julian Alps: the Soča and the Sava, flowing to the Adriatic and Black Sea, respectively.

Ljubljana Zoo is a 19.6-hectare zoo in Ljubljana, Slovenia. It serves as the national zoo of Slovenia and is open year round. The zoo is situated on the southern slope of the Rožnik Hill, in a natural environment of woods and meadows about a 20-minute walk from the city center. The zoo is notable in that the city is at the intersection of the Alpine, Pannonian, Mediterranean, and Dinaric habitats and has 119 species and a total of 500 animals.

Tolmin museum is public institution which covers the areas of archaeology, ethnology, general history and history of arts at upper Soča Valley region in Slovenia. It is located in the Coronini mansion in Tolmin.

The Sečovlje Salina Landscape Park is a landscape park in southwestern Slovenia covering the Sečovlje Saltworks near the village of Sečovlje. The salt evaporation pond covers an area of 16.1 hectares while saltworks lie along the mouth of the river Dragonja, covering an area of 650 hectares. Visitors provide an important source of income for the Park. Due to specific geographic constraints and other factors, it is hoped that electric 'game watching vehicles' for visitors can be introduced.

Slovene Ethnographic Museum is museum of ethnology, founded in 1923 and located in Ljubljana, Slovenia.

Čateške toplice is a natural spa and sports - recreational center with thermal riviera.

Terme 3000 - Moravske Toplice is well known for its large water park and for black thermal mineral water, which is understood to have beneficial effects on health. It is also one of Slovenia's largest health resorts with one of the largest water parks in this part of Europe.