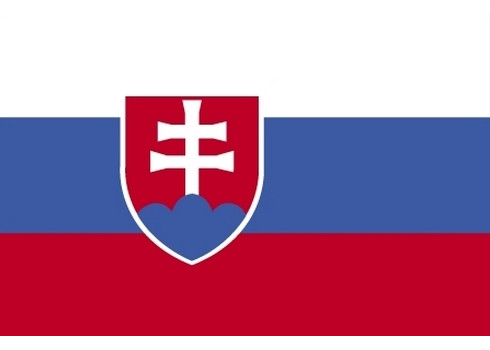 Here is a list of top tourist attractions in Slovakia. Only the topmost tourist destinations are presented here. To see other destinations, please check the images from Slovakia section.

Curious if any of these place from Slovakia made it our best tourist attractions in the world list? Read the aformentioned article in order to find out.

Bratislava Castle is the main castle of Bratislava, the capital of Slovakia. The massive rectangular building with four corner towers stands on an isolated rocky hill of the Little Carpathians directly above the Danube river in the middle of Bratislava. Because of its size and location, it has been a dominant feature of the city for centuries. The location provides excellent views of Bratislava, Austria and, in clear weather, parts of Hungary. Many legends are connected with the history of the castle.

The ruins of Spiš Castle in eastern Slovakia form one of the largest castle sites in Central Europe. The castle is situated above the town of Spišské Podhradie and the village of Žehra, in the region known as Spiš. It was included in the UNESCO list of World Heritage Sites in 1993. This is one of the biggest European castles by area.

Bojnice Castle is a medieval castle in Bojnice, Slovakia. It is a Romantic castle with some original Gothic and Renaissance elements built in the 12th century. Bojnice Castle is one of the most visited castles in Slovakia, receiving hundreds of thousands of visitors every year and also being a popular filming stage for fantasy and fairy-tale movies.

Devín Castle is a castle in Devín, which is a borough of Bratislava, the capital of Slovakia. Owing to its strategic position, the cliff at the confluence of the Danube and Morava rivers was an ideal place for a fort. Its owner could control the important trade route along the Danube as well as one branch of the Amber Road. That is why the site has been settled since the Neolithic and fortified since the Bronze and Iron Age. Later, both the Celts and the Romans built strong fortresses there. In the Roman ruins, the first Christian church located North of the Danube has been identified. The castle stands just inside Slovak territory on the frontier between Slovakia and Austria. The border runs from west to east along the Morava River and subsequently the Danube. Prior to 1989, the Iron Curtain between the Eastern Bloc and the West ran just in front of the castle. Although the castle was open to the public, the area surrounding it constituted a restricted military zone, and was heavily fortified with watchtowers and barbed wire. After the Velvet Revolution the area was demilitarised.

Lomnický štít is one of the highest and most visited mountain peaks in the High Tatras mountains of Slovakia. Connected by cable car to Tatranská Lomnica, its summit is 2634 metres above sea level, making it the second highest peak in the High Tatras after Gerlachovský štít. The first ascent was made by local shoemaker and amateur miner Štefan Fábry around 1760-1790, but the first recorded ascent was made by the English traveler Robert Townson and guide on 16 August 1793. He measured almost precisely the elevation of the peak at 2633 m. The first winter ascent was made in 1891. In the past, Lomnický štít was called Dedo. Before the 19th century, the peak was also thought to be the highest of all. Since 1940, tourists have reached the peak by cable car, which was the most modern in Europe at the time of opening. They are allowed to stay on the peak for 50 minutes. The cable car system is normally closed in the month of May for annual maintenance. It is also possible to climb the peak from Lomnický Saddle, but this is only permitted with a mountain guide. There is a solar observatory and weather station permanently manned year round at the terminus of the cable car.

Most Slovenského národného povstania, commonly referred to as Most SNP, and named Nový most from 1993 to 2012, is a road bridge over the Danube in Bratislava, the capital of Slovakia. It is the 32nd-tallest, and thus shortest, member of the World Federation of Great Towers, and is the only bridge to be a member. It is the world's longest cable-stayed bridge to have one pylon and one cable-stayed plane. It is an asymmetrical cable-stayed bridge with a main span length of 303 m. Its steel construction is suspended from steel cables, connected on the Petržalka side to two pillars. The total length of the bridge is 430.8 m, its width 21 m, and it weighs 537 t. A special attraction is the flying saucer-shaped structure housing a restaurant, which since 2005 has been called UFO, on the bridge's 84.6 m pylon. The restaurant is reached using an elevator located in the east pillar, and offers a good view over Bratislava. The west pillar houses an emergency staircase with 430 stairs. Nový Most has four lanes for motor traffic on the upper level and lanes for bicycles and pedestrians on the lower level.

The Košice Zoo, it is the largest zoo in Slovakia and the third largest in Europe, though visitors are allowed only in about one third of this area. The zoo hosts about 170,000 visitors each year.

Poloniny National Park is a national park in north eastern Slovakia at the Polish and Ukrainian borders, in the Bukovské vrchy mountain range, which belongs to the Eastern Carpathians. It was created on 1 October 1997 with a protected area of 298.05 km² and a buffer zone of 109.73 km². Selected areas of the park are included into Primeval Beech Forests of the Carpathians UNESCO World Heritage Site.

Dobšinská Ice Cave or Dobšinská ľadová jaskyňa is an ice cave in Slovakia, near the mining town of Dobšiná in the Slovak Paradise. Since 2000 it is included in the UNESCO World Heritage list as a part of Caves of Aggtelek Karst and Slovak Karst site. Famous visitors to the ice cave have been Prince August von Sachsen Gotha and his wife, Ferdinand de Lesseps and a party of French writers, the Bulgarian czar Ferdinand I and the polar explorer Fridtjof Nansen.

The Trenčín Castle is a castle above the town of Trenčín in western Slovakia.

The Grassalkovich Palace is a palace in Bratislava and the residence of the president of Slovakia. It is situated on Hodžovo námestie, near the Summer Archbishop's Palace. The building is a Rococo/late Baroque summer palace with a French garden. It was built in 1760 for Count Antal Grassalkovich, a Hungarian noble serving as the head of the Hungarian Chamber, by architect Anton Mayerhofer. It features many beautiful rooms and an impressive staircase. The chapel is decorated with frescoes by Joseph von Pichler. The building became a center of Baroque musical life in Pozsony/Pressburg. Joseph Haydn premiered some of his works here. Count Grassalkovich also had his orchestra and his "colleague", Prince Esterházy, used to "lend" him his favorite conductor, Haydn. Grassalkovich was Maria Theresa's vassal, so the palace was used for various balls and parties of the Habsburg royal court. For example, it was Haydn who conducted the orchestra when Maria Theresa's daughter married Albert of Sachsen-Teschen, then governor of the Kingdom of Hungary. Ľudovít Štúr is said to have declared his love to Adela Ostrolúcka for the first time during a ball organized by archduke Stephen Francis Victor, son of the Palatine, Joseph. The last owners of the palace before the end of Austria-Hungary were archduke Frederick of Teschen with his wife Isabella of Croy-Dülmen.

Low Tatras National Park is a national park in Central Slovakia, between the Váh River and the Hron River valleys. The park and its buffer zone cover the whole Low Tatras mountain range. The National Park covers an area of 728 km² and its buffer zone covers an area of 1,102 km², which makes it the largest national park in Slovakia. It is divided between the Banská Bystrica Region, Žilina Region and Prešov Region. The park was established in 1978 and at first covered 811 km², and the buffer zone took 1,240 km²; 2 051 km² together. Its borders were adjusted in 1997, reducing total area to 1,830 km². The highest peak is Ďumbier. Four major Slovak rivers rise below the Kráľova hoľa peak: Váh, Hron, Hnilec and Hornád.

Wooden churches of the Slovak Carpathians

Carpathian Wooden Churches is the name of a UNESCO World Heritage Site that consists of nine wooden religious buildings constructed between the 16th and 18th centuries in eight different locations in Slovakia. They include two Roman Catholic, three Protestant and three Greek Catholic churches plus one belfry in Hronsek. In addition to these churches there are about 50 more wooden churches in the territory of present-day Slovakia mainly in the northern and eastern part of the Prešov Region. Roman Catholic wooden church of St. Francis of Assisi in Hervartov has a Gothic character as represented by its tall but narrow structure unusual for a wooden church. It was built in the second half of the 15th century and thus represents the oldest of its type in Slovakia. The floor is made of stones again unlike in most of wooden churches where it is usually made of wood. Rare wall paintings were added in 1665 during the reformation period and they depict, among others, Adam and Eve in the Eden or the struggle of St. George with the dragon. The main altar of Virgin Mary, St. Catherine of Alexandria, and St. Barbara was made between 1460 and 1470 and restored in the second half of the 20th century.

The Slovak Technical Museum is a museum based in the eastern Slovak city of Košice, with branches throughout Slovakia. It was established in 1947 and opened to the public in 1948 under name Technical Museum, renamed in 1983 to the current name.