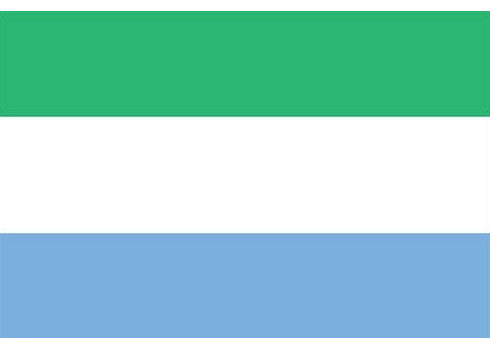 Here is a list of top tourist attractions in Sierra Leone. Only the topmost tourist destinations are presented here. To see other destinations, please check the images from Sierra Leone section.

Curious if any of these place from Sierra Leone made it our best tourist attractions in the world list? Read the aformentioned article in order to find out.

The Loma Mountains are the highest mountain range in the West African country of Sierra Leone. The highest peak is Mount Bintumani which rises to a height of 1,945 metres. The area has been designated a non-hunting forest reserve since 1952. The reserve covers an area of 33,201 hectares.

Tiwai Island is a wildlife sanctuary and tourist site in Sierra Leone. Run by the non-governmental organization Environmental Foundation for Africa, Tiwai is 12 square kilometers in area and located on the Moa River in the Southern Province. It is also one of the largest inland islands in the country.

Kangari Hills Forest Reserve is a non-hunting forest reserve in the centre of Sierra Leone. The area became a forest reserve in 1924. Lying between 200 and 500 metres above sea level, the reserve has an area of 8,573 hectares, although parts of it area have been encroached upon by farming and mining. The Reserve is one of the few places in Sierra Leone where the endangered forest elephant survives.

The Mamunta Mayosso Wildlife Sanctuary is a game reserve in Tonkolili District, Northern Province, Sierra Leone. It is one of the few areas in the country that protects the threatened Dwarf Crocodile as well as being home to 252 bird species despite its small size. It is situated between Magburaka and Yonibana.

The Kambui Hills Forest Reserve occupies an area of 14,335 hectares in the Eastern Province of Sierra Leone. It is located 10 kilometres from the town of Kenema with terrain consisting of steep slopes that reach an altitude of between 100 and 645 metres. The area mainly contains forest habitat but there is also some savanna and wetland. Over 200 separate species of birds have been recorded in the reserve including vulnerable species the White-necked Picathartes and Green-tailed Bristlebill and near threatened species the Yellow-casqued Hornbill, Rufous-winged Illadopsis, Copper-tailed Glossy-starling.