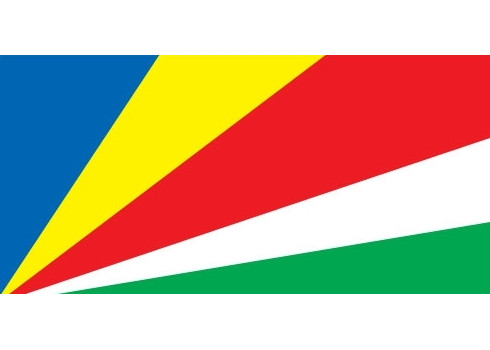 Colonel James Alix Michel is a Seychellois politician who has been President of Seychelles since April 16, 2004. He previously served as Vice-President under his predecessor, France-Albert René, from 1996 to 2004. He began as a teacher, but became involved in the archipelago's booming tourism industry and joined René's political party before independence in 1976. Michel followed President René through different political posts during all periods of the Seychelles' history as an independent entity. He was a member of the Executive Committee of the Seychelles People's United Party from 1974 to 1977; subsequently, when the party was transformed into the Seychelles People's Progressive Front, he became a member of its Central Executive Committee. René staged a coup against the country's first President, James Mancham, only one year after independence, and Michel was appointed as Minister of Public Administration and Information in June 1977. During the 1977–1993 one-party socialist rule, Michel held various ruling party and ministerial portfolios. In 1984 he became the SPPF's Deputy Secretary-General, and in 1994 he became its Secretary-General. During the rule of President René, Michel was the head of the Seychellois economy on several occasions. In these 27 years, the Seychelles experienced a period of economic growth based on its tourism and fishery sectors, which was followed by stagnation in the 1990's. Starting from 2008, Michel has presided over a macro-economic reform program, leading to a massive reduction in budget deficit and complete liberalization of foreign exchange transactions.

Sir James Richard Marie Mancham KBE was the first President of Seychelles from 1976 to 1977 was a descendant of a Chinese immigrant grandfather.

Neil Denis is a Canadian actor. He is known for his role as Rya'c, son of Teal'c, a Jaffa in Stargate SG-1. His first appearance was in University Hospital in 1995 at the age of 8. He also appeared in the Canadian television series 2030 CE. He has provided the voice for Spyke in X-Men: Evolution. He is known for his portrayal of Jose Merel in A Girl Like Me: The Gwen Araujo Story.

Georgie Cupidon is a male badminton player from Seychelles.

Anthony Delpech is a Thoroughbred horse racing jockey who competes internationally. Delpech's family moved to Durban, South Africa when he was thirteen years old and it was there that he embarked on a career as a jockey. A two-time champion jockey and the 1998 and 2004.2010.2011. winner of South Africa's premier race, the Group One Durban July Handicap, he has ridden at the Champ de Mars Racecourse in Mauritius as well as the Singapore Racecourse in Kranji. However, in recent years he has met with considerable success at Sha Tin Racecourse in Hong Kong notably with Vengeance of Rain on whom he won the 2005 Hong Kong Cup and the 2007 Dubai Sheema Classic at Nad Al Sheba Racecourse. Anthony holds the record in South Africa for the most number of wins by a jockey in a season which he set during the 1998/1999 racing season.

Lissa Labiche is Seychellois athlete competing in the high jump and heptathlon. In the Women's high jump event at the 2012 Summer Olympics, she finished tied for 20th place and did not advance to the final.

Rolph Payet FRGS is an international policy expert, researcher and speaker on environment, climate and island issues, and was the first President & Vice-Chancellor of the University of Seychelles. In March 2012 he was appointed as Minister of Environment and Energy.

Bruce Boniface, better known by his surname, Boniface is a singer-songwriter, vocal arranger and producer best known for his Top 40 hit "Cheeky", which peaked at number 25 on the UK Singles Chart. The track remained in the chart for three weeks.

Wavel Ramkalawan is a politician of the Seychelles.

Aurélie Fanchette is a Seychellois swimmer.

Jean-Yves Esparon is an athlete.

Philippe Boullé is a Seychellois lawyer and politician. In the country's first multiparty presidential election, held in July 1993, he was the candidate of a three-party coalition known as the 'United Opposition'. He won 3.78% of the vote, finishing a distant third behind the incumbent President France-Albert René and James Mancham. Boullé ran again in the 31 August-2 September 2001 presidential election, this time as an independent and finished last out of three candidates, winning 0.86% of the vote. He ran again as an independent candidate in the 28–30 July 2006 presidential election and received just 0.56% of the total vote behind winner James Michel and runner-up Wavel Ramkalawan. He is also a prominent figure in the Seychelles offshore sector. He owns an offshore firm in the Seychelles, as well as in many other jurisdictions around the world.

Francis Chang-Sam is a barrister-at-law of Gray's Inn of London, an attorney-at-law of the Supreme Court of Seychelles and Notary. He has been practicing law in the Seychelles for over thirty years. He started his legal career as a state counsel in the Seychelles Department of Legal Affairs headed by the Attorney General. He later held the post of Registrar General in the same Department where he acted as, among others duties, Registrar of Companies, Registrar of Land and Registrar of Trade Marks. He next served as Legal Draftsman and then Principal Legal Draftsman in the Attorney General’s Office specialising in the drafting of legislations, commercial and other legal documents. He later occupied the post of Attorney General for a period of 6 years. He also headed the Secretariat responsible for drafting the Constitution of the Third Republic of Seychelles. During his time in the public sector, Mr. Chang-Sam served as board member on a number of Government-owned corporations and statutory bodies. Mr. Chang-Sam has now been in private practice for over 10 years. During this time, he has acted as local counsel in respect of several high profile tourism projects, foreign investments and other major business developments in the Seychelles.

Juliette Ah-Wan is a female badminton player from Seychelles.

Dwayne Benjamin Didon is a Seychellois swimmer, who specialized in sprint freestyle events. At age thirteen, Didon became the youngest male swimmer at the 2008 Summer Olympics, representing the island of Seychelles. He swam in the third heat of the men's 50 m freestyle event, finishing in fourth place, and eighty-fifth overall, with a time of 28.95 seconds.