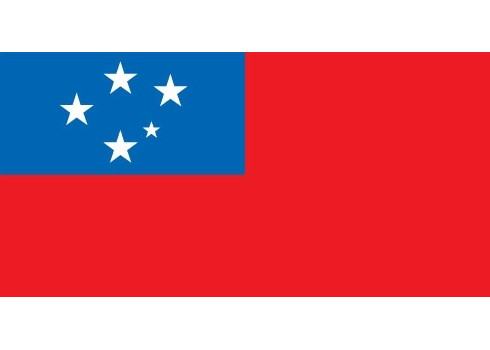 Here is a list of top tourist attractions in Samoa. Only the topmost tourist destinations are presented here. To see other destinations, please check the images from Samoa section.

Curious if any of these place from Samoa made it our best tourist attractions in the world list? Read the aformentioned article in order to find out.

Upolu is an island in Samoa, formed by a massive basaltic shield volcano which rises from the seafloor of the western Pacific Ocean. The island is 75 kilometres long, 1,125 km² in area, and is the second largest in geographic area as well as with 135,000 people the most populated of the Samoan Islands. Upolu is situated to the southeast of the "big island", Savai'i. The capital Apia is in the middle of the north coast with Faleolo International Airport at the western end of the island. The island has not had any historically recorded eruptions, although three lava flows date back only a few hundred to a few thousand years. In the Samoan branch of Polynesian mythology, Upolu was the first woman on the island of the same name. In 1841, the island was the site of the Bombardment of Upolu, an incident during the United States Exploring Expedition. In the late 19th century, the Scottish writer Robert Louis Stevenson owned a 400-acre estate at Vailima village and died there in 1894. He is buried at the top of Mount Vaea above his former home. The Vailima estate was purchased in 1900 as the official residence for the German governor and, after British/Dominion confiscation, served successively as residence for the New Zealand administrator and for the Samoan head of state after independence.

The Pulemelei mound is the largest and most ancient structure in Polynesia. It is situated in Letolo Plantation in the Palauli district, at the east end of Savai'i island in Samoa. The stone mound is a pyramid constructed of natural basalt stones and at its base measures 65 by 60 metres and has a height of about 12 metres. Excavations have revealed that it was probably constructed sometime between 1100-1400 AD and was no longer used by 1700-1800 AD. Archaeological surveys by Gregory Jackmond in 1977-1978 recorded 3000 features including stone platforms, stone fences, pathways and earth ovens.