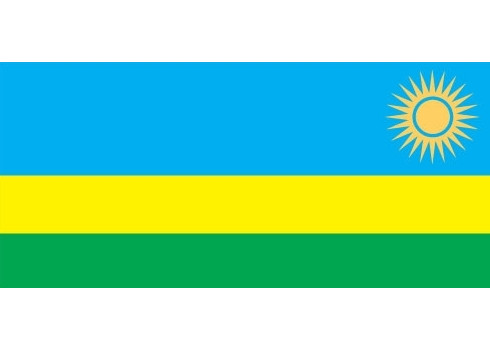 Here is a list of top tourist attractions in Rwanda. Only the topmost tourist destinations are presented here. To see other destinations, please check the images from Rwanda section.

Curious if any of these place from Rwanda made it our best tourist attractions in the world list? Read the aformentioned article in order to find out.

Volcanoes National Park lies in northwestern Rwanda and borders Virunga National Park in the Democratic Republic of Congo and Mgahinga Gorilla National Park in Uganda. The national park is known as a haven for the mountain gorilla. It is home to five of the eight volcanoes of the Virunga Mountains, which are covered in rainforest and bamboo. The park was the base for the zoologist Dian Fossey.

Nyungwe rainforest is placed in the southwestern Rwanda, at the border with Burundi, south, and Lake Kivu and the Democratic Republic of the Congo to the west. Nyungwe rainforest is probably the best preserved rainforest in the mountains throughout Central Africa. It is located in the watershed between the basin of the river Congo to the west and the basin of the river Nile to the east. From the east side of the Nyungwe forest comes also one of the branches of the Nile sources. Nyungwe Forest National Park was established in 2004 and covers an area of approximately 970 km² of rainforest, bamboo, grassland, swamps, and bogs. The nearest town is Cyangugu, 54 km to the west. Mount Bigugu is located within the park borders.

The Akagera National Park covers 1,200 km² in eastern Rwanda, against the Tanzanian border. It was founded in 1934 to protect animals and vegetation in three ecoregions: savannah, mountain and swamp. The park is named for the Kagera River which flows along its eastern boundary feeding into several lakes the largest of which is Lake Ihema. The complex system of lakes and linking papyrus swamps makes up over 1/3 of the park and is the largest protected wetland in central Africa. Much of the savannah area of the park was settled in the late 1990s by former refugees returning after the end of the Rwandan Civil War. Due to land shortages, in 1997 the western boundary was regazetted and much of the land allocated as farms to returning refugees. The park was reduced in size from over 2,500 km² to its current size. Although much of the best savannah grazing land is now outside the park boundaries, what remains of Akagera is some of the most diverse and scenic landscape in Africa. In 2009 the Rwanda Development Board and the African Parks Network entered into a 20 year renewable agreement for the joint management of Akagera. The Akagera Management Company was formed in 2010 as the joint management body for Akagera National Park.