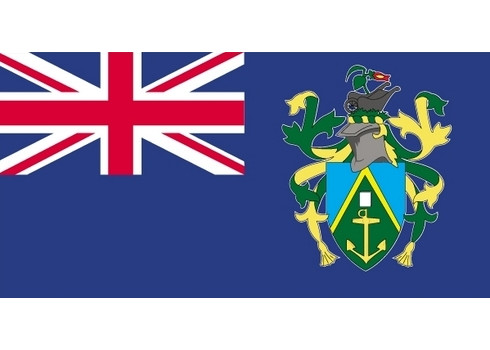 Jay Calvin Warren is a political figure from the Pacific territory of the Pitcairn Islands.

Steven Raymond Christian is a political figure from the Pacific territory of the Pitcairn Islands.

Thursday October Christian was the first son of Fletcher Christian and his Tahitian wife Mauatua. He was conceived on Tahiti, and was the first child born on the Pitcairn Islands after the mutineers took refuge on the island. Born on a Thursday in October, he was given his unusual name because Fletcher Christian wanted his son to have "no name that will remind me of England." Thursday married into his parents' generation. At age 16 he married Teraura, who had been Ned Young’s original consort, and was past 30 then. The ceremony was carried out with a ring that had belonged to Ned Young.

Brenda Vera Amelia Lupton-Christian is a political figure from the Pacific territory of the Pitcairn Islands.

Thursday October Christian, Jr. was a Pitcairn Islands political leader. He was the grandson of Fletcher Christian and son of Thursday October Christian, and mother, Teraura. He was also known as "Doctor", "Duddie" or "Doodie". He spent several years on Norfolk Island but returned to Pitcairn in 1864. Christian was three quarters Polynesian. He was the fifth Magistrate of the Pitcairn Islands, holding the office in 1844, 1851, 1864, 1867, 1873–1874, 1880, and 1882. Everyone named Christian on Pitcairn is descended from him; a number of family branches, however, left Pitcairn permanently and settled on Norfolk Island. He married Mary Young, granddaughter of Ned Young, on 24 March 1839. They had 17 children, none of them named as a month name or week day. Seven died as children and three lived past the age of 73.

Lucy Angeline Bacon was a Californian artist who studied in Paris under the famous Impressionist, Camille Pissarro. She is the only known Californian artist to have studied under any of the great French Impressionists. Born in 1858 in Pitcairn, New York, Lucy Bacon attended art school at the Art Students League of New York and the National Academy of Design in New York City before leaving for France in 1892. In Paris she enrolled at the Académie Colarossi. However, she was dissatisfied with her studies there and asked expatriate American painter Mary Cassatt for advice. Ms. Cassatt introduced her to Camille Pissarro and Lucy wound up studying with him. She then moved to Éragny and did some paintings that are clearly Impressionistic. By 1898, she was exhibiting Impressionist style paintings such as "A San Jose Garden" at the San Francisco Art Association. But her letters to her family indicate she had ongoing health problems that prevented her from painting full-time. Thinking that the climate of California would assuage her chronic illness, she moved to San Jose. Unmarried, she taught at Washburn School and painted from her home studio. Her niece, Ruth, married Robert Vickery, the son of William Kingston Vickery, who in 1891 and 1893 organized the first exhibitions of Impressionism in San Francisco The Vickery family owned Vickery, Atkins & Torrey, an important gallery in San Francisco in the 1890s. In 1897, Lucy Bacon received a painting of Fortifications à la Glacière painted by Paul Cézanne. Ms. Bacon bequeathed this painting to her nephew, Bruce Jeremiah Bacon This painting has remained in the family and been handed down from generation to generation.

Moses Young served as magistrate of the British Overseas Territory of Pitcairn Island four times, between 1865 and 1881. Young married Albina McCoy, and together they had 12 children. Moses and Albina Young are important genetically, they are ancestors of the people who live on the island today.

Pervis Ferris Young was magistrate of the British Overseas Territory of Pitcairn Island from 1967 until 1975. Young was born on Pitcairn Island and died in 2003 at Auckland. He was succeeded by his brother-in-law Ivan Christian, and was uncle to future mayor's Steve Christian and Brenda Christian.