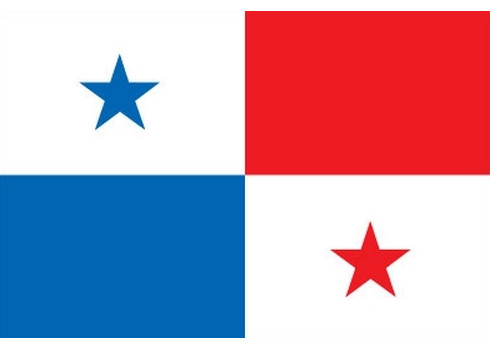 Here is a list of top tourist attractions in Panama. Only the topmost tourist destinations are presented here. To see other destinations, please check the images from Panama section.

Curious if any of these place from Panama made it our best tourist attractions in the world list? Read the aformentioned article in order to find out.

The Panama Canal is a 77.1-kilometre ship canal in Panama that connects the Atlantic Ocean to the Pacific Ocean. The canal cuts across the Isthmus of Panama and is a key conduit for international maritime trade. There are locks at each end to lift ships up to Gatun Lake, an artificial lake created to reduce the amount of excavation work required for the canal, 26 metres above sea level. The current locks are 33.5 metres wide. A third, wider lane of locks is currently under construction and is due to open in 2015. France began work on the canal in 1881, but had to stop because of engineering problems and high mortality due to disease. The United States took over the project in 1904, and took a decade to complete the canal, which was officially opened on August 15, 1914. One of the largest and most difficult engineering projects ever undertaken, the Panama Canal shortcut greatly reduced the amount of time taken for ships to travel between the Atlantic and Pacific Oceans, enabling them to avoid the lengthy, hazardous Cape Horn route around the southernmost tip of South America via the Drake Passage or Strait of Magellan. The shorter, faster, safer route to the U.S. West Coast and to nations in and around the Pacific Ocean allowed those places to become more integrated with the world economy.

Bridge of the Americas

The Bridge of the Americas is a road bridge in Panama, which spans the Pacific entrance to the Panama Canal. Completed in 1962, at a cost of US$20 million, it was the only non-swinging bridge connecting the north and south American land masses until the opening of the Centennial Bridge in 2004. The bridge was designed by Sverdrup & Parcel.

Panama's Centennial Bridge is a major bridge crossing the Panama Canal. It was built to supplement the overcrowded Bridge of the Americas and to replace it as the carrier of the Pan-American Highway. Upon its opening in 2004, it became the second permanent crossing of the canal.

Ancon Hill is a 654-foot hill that overlooks Panama City, Panama, adjacent to the township of Ancón. It was under US jurisdiction as part of the Panama Canal Zone for much of the 20th century and therefore was never developed like most of the surrounding urbanized parts of the city. As a result, it became a kind of an "island" of jungle in an urban area, where wildlife still survives cut off from other jungle areas. It is not uncommon to see sloths, White-nosed Coati, Nine-banded Armadillos, Geoffroy's Tamarins, or deer on Ancon Hill, which now has protected status. Its name is used as an acronym by a Panamanian environmental group, Asociación Nacional para la Conservación de la Naturaleza. The lower slopes contained residences and Gorgas Hospital. Higher up were the residence of the Governor of the Canal Zone and Quarry Heights, where the United States Southern Command was located. Quarry Heights was named for being adjacent to a large rock quarry on one side of the hill, which left a visible cliff face on one side. The hill contains an abandoned underground bunker once manned by the US Southern Command. At the top are two broadcast towers and a small road that reaches them. One-way vehicular traffic is now allowed during daylight hours. Hikers can use the road to reach the summit, and the hill is a popular jogging and hiking trek. Along the path, all manner of vegetation and birds can be seen, including a large number of orchids.