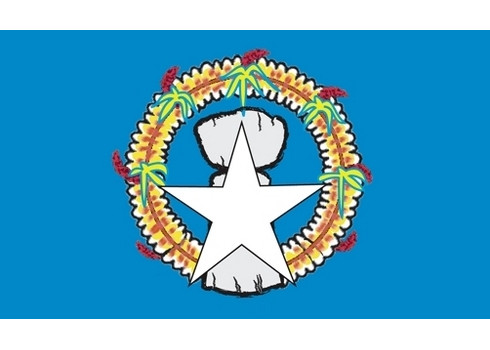 Eloy Songao Inos is a politician in the Commonwealth of the Northern Mariana Islands. Inos, a member of the Covenant Party, currently serves as Governor of the Northern Mariana Islands, having previously served as Lieutenant Governor. He was nominated by Governor Benigno Fitial to fill the vacancy caused by the resignation of Lt. Governor Timothy Villagomez. Villagomez was convicted on federal fraud charges. Inos was confirmed by the Senate and was sworn into office on May 1, 2009. He was elected to a full term as Lt. Governor in November 2009.

Gregorio Kilili Camacho Sablan is a Northern Mariana politician and former election commission director. Sablan was elected in 2008 as the first nonvoting delegate to the United States House of Representatives from the Commonwealth of the Northern Mariana Islands. The CNMI is the last insular area of the United States of America to receive a nonvoting delegate to Congress, and is the last jurisdiction of the United States to receive representation in Congress. Sablan, who was elected as an independent, caucused with the Democrats in the House of Representatives. In February 2009, Sablan became a Democrat. He became the only Chamorro member of Congress when he assumed office in January 2009. He easily won reelection on November 2, 2010.

Benigno Repeki Fitial is the former governor of the Commonwealth of the Northern Mariana Islands. Fitial was elected on November 6, 2005 and assumed office on January 9, 2006 and was re-elected to a second five-year term in 2009. He was impeached by the CNMI House of Representatives on February 11, 2013, and was scheduled to face trial before the CNMI Senate to determine if should be removed from office. He resigned on February 20, 2013. Fitial founded the Covenant Party in 2001 after leaving the Republican Party. He rejoined the Republican Party on January 5, 2011, announcing that his goal will be to merge the Covenant Party back into the Republican Party. Fitial was the first governor in any US territory or commonwealth to be impeached and only the 13th governor in the history of the United States. On February 11 & 12, 2013 the CNMI House of Representatives voted to impeach Fitial on 18 different charges contained in Articles of Impeachment. The charges include neglect of duties, commission of felonies and abuse of power. Rather than facing a trial before the CNMI Senate which was set for March 7, 2013, Benigno Repeki Fitial became the first governor in CNMI history to resign from office on February 20, 2013. In his resignation letter he cited "personal health" reasons and the "best interests of the Commonwealth".

Joe Wang Miller is an association footballer who primarily plays as a forward but can also operate in midfield. Miller currently plays for Northern Mariana Championship champions MP United as well as the Northern Mariana Islands national football team.

Angi Uezu is the former head of one of the major Isshin-ryu karate organizations, the Okinawan Isshin-Ryu Karate Kobudo Association. He is the son-in-law of the system's founder, Shimabuku Tatsuo, and a 10th degree black belt. He was born in Chiyaranka City on the island of Saipan. He was injured by American machine gun fire on Saipan in WWII. His family moved to Okinawa after WWII. He married Yukiko Shimabuku, the third daughter of Shimabuku Tatsuo, with whom he had a son, in 1957 and received his black belt in Isshin-ryu karate in 1959. He is now retired from teaching martial arts and lives in Iribaru, Uruma City. Master Uezu, while retired from teaching does come to the United States on occasion to hold seminars. He will be in the U.S. toward the end of July 2012. Angi was inducted into the Isshin-ryū Hall of Fame in 1997. He is the co-author of the book "The encyclopedia of Isshin Ryu karate: book one beginner to green belt".

Pedro "Teno" Pangelinan Tenorio is a politician who was the second and fifth elected Governor of the United States Commonwealth of the Northern Mariana Islands.

Timothy Pangelinan Villagomez was the Lieutenant Governor of the Northern Mariana Islands who served under Governor Benigno R. Fitial until his resignation on April 26, 2009. Villagomez took office as Lieutenant Governor on January 9, 2006, after being elected as a ticket during the 2005 gubernatorial election. Villagomez, like Fitial, is a former member of the Republican Party, but is currently a member of the Covenant Party.

Eric Cooke is a Northern Mariana Islander footballer who plays as a Defender.

William Dunn is a Northern Mariana Islander footballer who plays as a Defender.

Lorenzo I. De Leon Guerrero was the third elected Governor of the United States Commonwealth of the Northern Mariana Islands from 1990 to 1994.

Ramona Villagomez Manglona is the presiding judge of the District Court for the Northern Mariana Islands. Her term will end on July 28, 2021 unless she is reappointed.

Kirk Schuler is a footballer who plays for Marianas Pacific United.

Wang Kuan Hsiung was a lean dapper Taiwanese actor who was a well-known and popular leading man in the Kung Fu film genre of the 1970s and 1980s. He was cast as a romantic leading man in some of his films and he gained many female fans and is still considered a heart throb He is mostly known for his role in a 1974 film as Chan Ming Lung aka "The Iron Ox" in Iron Ox, The Tiger's Killer, which is a tale about a student taking on a group of men, The Five Tigers in duels to avenge the death of his teacher. This film also featured a well-known actor of the genre, Wong Fei-Lung . The others a similar vein around the same time were Two Dagons Against Tiger 1974 and Chase Step By Step 1975. His early films such as Kung Fu Queen, Chaochow Guy, Chase Step by Step, Iron Ox The Tiger's Killer AKA The Angry Fist, and Two Dragons Against Tiger, which were all "Old School" type of Kung Fu films that were produced in the 1970s. He received a Golden Horse Award for the film ''White Jasmine'' aka Mo li hua, a 1980 film that also starred Sylvia Chang . He later branched out to writing and directing films that included Lewd Lizard 1979 and Yellow Skin 1985 as well as some production work. He retired from the film business in 1984.

Nicolas B. Swaim is a footballer who plays for Marianas Pacific United.

Evan W. Hunsberger is a footballer who plays for Fiesta Inter Saipan.

Greg Camacho is an actor.