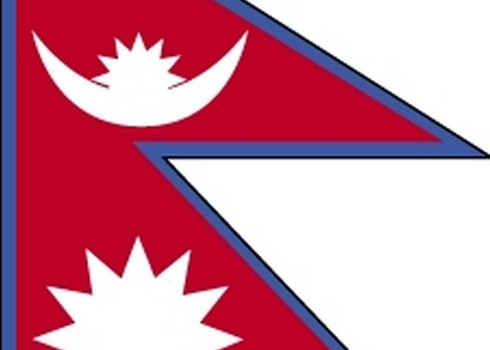 Here is a list of top tourist attractions in Nepal. Only the topmost tourist destinations are presented here. To see other destinations, please check the images from Nepal section.

Curious if any of these place from Nepal made it our best tourist attractions in the world list? Read the aformentioned article in order to find out.

Pashupatinath Temple is one of the most significant Hindu temples of Shiva in the world, located on the banks of the Bagmati River in the eastern part of Kathmandu, the capital of Nepal. The temple serves as the seat of the national deity, Lord Pashupatinath. The temple is listed in UNESCO World Heritage Sites list. The temple is one of the 275 Paadal Petra Sthalams on the continent. Over the past times, only born Hindus were allowed to enter the temple. Others could look at it from other side of the river. However, the norms have been relaxed due to many incidents. If the individual is destined, he/she takes and completes the journey to reach these footsteps without any resistance or obstructions along the way, is believed to be under loving grace of Rudra. It is final stage of harsh penance. Thus, the slave becomes the master. It is regarded as the most sacred among the temples of Shiva. Kotirudra Samhita, Chapter 11 on the Shivalingas of the North, in Shiva Purana mentions this Shivalinga as the best hour of all wishes.

Boudhanath is one of the holiest Buddhist sites in Kathmandu, Nepal. It is known as Khāsti in Nepal Bhasa, Jyarung Khasyor in Tamang language or as Bauddha by speakers of Nepali. Located about 11 km from the center and northeastern outskirts of Kathmandu, the stupa's massive mandala makes it one of the largest spherical stupas in Nepal. The Buddhist stupa of Boudhanath dominates the skyline. The ancient Stupa is one of the largest in the world. The influx of large populations of refugees from Tibet has seen the construction of over 50 Tibetan Gompas around Boudhanath. As of 1979, Boudhanath is a UNESCO World Heritage Site. Along with Swayambhunath, it is one of the most popular tourist sites in the Kathmandu area. The Stupa is on the ancient trade route from Tibet which enters the Kathmandu Valley by the village of Sankhu in the northeast corner, passes by Boudnath Stupa to the ancient and smaller stupa of Cā-bahī. It then turns directly south, heading over the Bagmati river to Patan - thus bypassing the main city of Kathmandu. Tibetan merchants have rested and offered prayers here for many centuries. When refugees entered Nepal from Tibet in the 1950s, many decided to live around Bouddhanath. The Stupa is said to entomb the remains of Kassapa Buddha.

Muktinath is a sacred place both for Hindus and Buddhists located in Muktinath Valley at an altitude of 3,710 meters at the foot of the Thorong La mountain pass, Mustang district, Nepal. The site is close to the village of Ranipauwa, which sometimes mistakenly is called Muktinath as well. The Hindus call the sacred place Mukti Kshetra, which literally means the "place of liberation or moksha". Mainly the temple is with a predominant Sri Vaishnava origin and worshipped by Buddhists. This temple is considered to be the 105th among the available 108 Divya Desam. The ancient name of this place, before Buddhist origin is known as Thiru Saligramam. This houses the Saligrama sila considered to be the naturally available form of Sriman Narayana - the Hindu God HEAD. It is also one of the 51 Sakthi peetams. The Buddhists call it Chumig Gyatsa, which in Tibetan means 'Hundred Waters'. For Tibetan Buddhists, Muktinath-Chumig Gyatsa is a very important place of Dakinis, goddesses known as Sky Dancers and one of the 24 Tantric places. They understand the murti to be a manifestation of Avalokitesvara.

Swayambhunath is an ancient religious complex atop a hill in the Kathmandu Valley, west of Kathmandu city. It is also known as the Monkey Temple as there are holy monkeys living in the north-west parts of the temple. The Tibetan name for the site means 'Sublime Trees', for the many varieties of trees found on the hill. However, Shing.kun may be a corruption of the local Newari name for the complex, Singgu, meaning 'self-sprung'. For the Buddhist Newars in whose mythological history and origin myth as well as day-to-day religious practice, Swayambhunath occupies a central position, it is probably the most sacred among Buddhist pilgrimage sites. For Tibetans and followers of Tibetan Buddhism, it is second only to Boudhanath. The Swayambhunath complex consists of a stupa, a variety of shrines and temples, some dating back to the Licchavi period. A Tibetan monastery, museum and library are more recent additions. The stupa has Buddha's eyes and eyebrows painted on. Between them, there is something painted which looks like the nose - but is the Nepali symbol of 'unity', in the main Nepali language dialect. There are also shops, restaurants and hostels. The site has two access points: a long stairway, claimed to have 365 steps, leading directly to the main platform of the temple, which is from the top of the hill to the east; and a car road around the hill from the south leading to the southwest entrance. The first sight on reaching the top of the stairway is the Vajra. Tsultrim Allione describes the experience:

The Bardiya National Park is a protected area in Nepal that was established in 1988 as Royal Bardia National Park. Covering an area of 968 km² it is the largest and most undisturbed national park in Nepal's Terai, adjoining the eastern bank of the Karnali River in the Bardiya District. Its northern limits are demarcated by the crest of the Siwalik Hills. The Nepalgunj-Surkhet highway partly forms the southern boundary, but seriously disrupts the protected area. Natural boundaries to human settlements are formed in the west by the Geruwa, a branch of the Karnali River, and in the southeast by the Babai River. Together with the neighboring Banke National Park, the coherent protected area of 1,437 km² represents the Tiger Conservation Unit Bardia-Banke that extends over 2,231 km² of alluvial grasslands and subtropical moist deciduous forests. Listen to the pronunciation of Bardiya National Park's local name बर्दिया राष्ट्रिय निकुञ्ज.

Thamel is the tourist district of Kathmandu, the capital of Nepal. It is a full Wi-fi zone in Nepal. Thamel has been the centre of the tourist industry in Kathmandu for over four decades starting from the hippie movement when many artists came to Nepal and spent weeks in Thamel. Even though Thamel has been referred to as the "ghetto" by some, most low-budget travelers consider it a tourist heaven. Thamel is distinguished by its narrow streets crowded with various shops and vendors. Commonly sold goods include food, pastries, walking gear, music, DVDs, handicrafts, and clothes. Travel agencies, and budget hotels, restaurants also line the streets. There are many restaurants in Thamel that serve Traditional and continental cuisine, although prices tend to be significantly higher than non-tourist areas. Food hygiene is generally better, despite the overall lack of sanitation in Nepal. Thamel also acts as the pre-base camp for mountaineers. It boasts a wide range of mountaineering gear shops, foreign money exchange booths, pubs, clubs, and nightlife along with the numerous travel agents and guest houses. All in all, Thamel is home to a wide range of audience of the Nepalese population for entertainment and employment purposes. On Wednesday, 28 September 2011, Thamel was declared a full Wi-fi zone in Kathmandu.

The Langtang National Park is the fourth national park in Nepal and was established in 1976 as the first Himalayan national park. The protected area exceeds an altitudinal range of 6,450 m and covers an area of 1,710 km² in the Nuwakot, Rasuwa and Sindhulpalchok districts of the central Himalayan region encompassing 26 Village Development Committees. It is linked with the Qomolangma National Nature Preserve in Tibet. The high altitude sacred lake of Gosainkunda falls within the park. The Gosainkunda lake and the Dorje Lakpa range bisect the park from east–west to south–east. The summit of Langtang Lirung is the highest point in the park. The northern and eastern border of the national park coincide with the international border to Tibet. The western boundary follows the rivers Bhote Kosi and Trisuli. The southern border lies 32 km north of the Kathmandu Valley. It is part of the Sacred Himalayan Landscape. Entrance fee is 1000 Nepali Rupees.

Dakshinkali Temple or Dakshin Kali Temple, located 22 kilometres outside Kathmandu and about 1 kilometre outside the village of Pharping, is one of the main temples of Nepal dedicated to the goddess Kali. Animal sacrifices, particularly of cockerels and uncastrated male goats, are the main way that the goddess is worshipped, and this is especially seen during the Dashain festival.