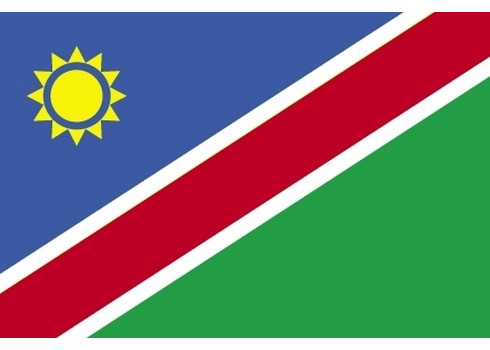 Here is a list of top tourist attractions in Namibia. Only the topmost tourist destinations are presented here. To see other destinations, please check the images from Namibia section.

Curious if any of these place from Namibia made it our best tourist attractions in the world list? Read the aformentioned article in order to find out.

Etosha National Park is a national park in northwestern Namibia. The park was proclaimed a game reserve on March 22, 1907 in Ordinance 88 by the Governor of German South West Africa, Dr. Friedrich von Lindequist. It was designated as Wildschutzgebiet Nr. 2 which means Game Reserve Number 2, in numerical order after West Caprivi and preceding Namib Game Reserve. In 1958, Game Reserve No. 2 became Etosha Game Park and was elevated to status of National Park in 1967 by an act of parliament of the Republic of South Africa which administered South-West Africa during that time. Etosha National Park spans an area of 22,270 square kilometres and gets its name from the large Etosha pan which is almost entirely within the park. The Etosha pan covers 23% of the area of the total area of the Etosha National Park. The park is home to hundreds of species of mammals, birds and reptiles, including several threatened and endangered species like the black rhinoceros. The park is located in the Kunene region and shares boundaries with the regions of Oshana, Oshikoto and Otjozondjupa.

Sossusvlei is a salt and clay pan surrounded by high red dunes, located in the southern part of the Namib Desert, in the Namib-Naukluft National Park of Namibia. The name "Sossusvlei" is often used in an extended meaning to refer to the surrounding area, which is one of the major visitor attractions of Namibia. The name "Sossusvlei" is of mixed origin and roughly means "dead-end marsh". Vlei is the Afrikaans word for "marsh", while "sossus" is Nama for "no return" or "dead end". Sossusvlei owes this name to the fact that it is an endorheic drainage basin for the ephemeral Tsauchab River.

The Fish River Canyon or Fischfluss Canyon is located in the south of Namibia. It is the second largest canyon in the world and the largest in Africa, as well as the second most visited tourist attraction in Namibia. It features a gigantic ravine, in total about 100 miles long, up to 27 km wide and in places almost 550 metres deep. The Fish River is the longest interior river in Namibia. It cuts deep into the plateau which is today dry, stony and sparsely covered with hardy drought-resistant plants. The river flows intermittently, usually flooding in late summer; the rest of the year it becomes a chain of long narrow pools. At the lower end of the Fish River Canyon, the hot springs resort of Ai-Ais is situated. Public view points are near Hobas, a camp site 70 km north of Ai-Ais. This part of the canyon is part of the Ai-Ais/Richtersveld Transfrontier Park. The other 90 km of this canyon are privately owned.

Twyfelfontein, officially known as ǀUi-ǁAis, is a site of ancient rock engravings in the Kunene Region of north-western Namibia. It consists of a spring in a valley flanked by the slopes of a sandstone table mountain that receives very little rainfall and has a wide range of diurnal temperatures. The site has been inhabited for 6,000 years, first by hunter-gatherers and later by Khoikhoi herders. Both ethnic groups used it as a place of worship and a site to conduct shamanist rituals. In the process of these rituals at least 2,500 items of rock carvings have been created, as well as a few rock paintings. Displaying one of the largest concentrations of rock petroglyphs in Africa, UNESCO approved Twyfelfontein as Namibia's first World Heritage Site in 2007.

The Namib-Naukluft National Park is a national park of Namibia encompassing part of the Namib Desert and the Naukluft mountain range. With an overall area of 49,768 km², the Namib-Naukluft is the largest game park in Africa and the fourth largest in the world. The most well-known area of the park is Sossusvlei, which is the main visitor attraction in Namibia. A surprising collection of creatures survives in the hyper-arid region, including snakes, geckos, unusual insects, hyenas, gemsboks and jackals. More moisture comes in as a fog off the Atlantic Ocean than falls as rain, with the average 106 millimeters of rainfall per year concentrated in the months of February and April. The winds that bring in the fog are also responsible for creating the park’s towering sand dunes, whose burnt orange color is a sign of their age. The orange color develops over time as iron in the sand is oxidized, like rusty metal; the older the dune, the brighter the color. These dunes are the tallest in the world, in places rising more than 300 meters above the desert floor. The dunes taper off near the coast, and lagoons, wetlands, and mudflats located along the shore attract hundreds of thousands of birds.²

The Spitzkoppe, is a group of bald granite peaks or bornhardts located between Usakos and Swakopmund in the Namib desert of Namibia. The granite is more than 700 million years old and the highest outcrop rises about 1,784 m above sea level. The peaks stand out dramatically from the flat surrounding plains. The highest peak is about 700m above the floor of the desert below. A minor peak – the Little Spitzkoppe – lies nearby at an elevation of 1,584m above sea level. Other prominences stretch out into a range known as the Pontok Mountains. Many examples of Bushmen artwork can be seen painted on the rock in the Spitzkoppe area.

The Tintenpalast is the seat of both chambers of the Namibian legislature, the National Council and the National Assembly. It is located in the Namibian capital of Windhoek. The Tintenpalast, which is located just north of Robert Mugabe Avenue, was designed by German architect Gottlieb Redecker and built by the company Sander & Kock between 1912 and 1913 out of regional materials as an administration building for the German government, which colonized Namibia at the time. As an allusion to the large ink usage by the workers in the building, it was named "Tintenpalast" or "Ink Palace". The building is surrounded by the Parliament Gardens which is very popular among the inhabitants of Windhoek.

The Christ Church is a historic landmark and Lutheran church in Windhoek, Namibia. After the end of the wars between the Germans and the Khoikhoi, Herero, and Ovambo in 1907, the ground breaking ceremony took place and on October 16, 1910 the church was opened and dedicated as the Church of Peace. The Lutheran Church, which was built in the gothic revival style with Art Nouveau elements, stands in the historic center of Windhoek. Its 24 m high spire was made, like the rest of the church, out of quartz sandstone mined at Guche-Ganus Farm in the vicinity of present Avis Dam. The portal and the altar were made of marble from Italy. The clock and part of the roof was shipped from Germany, as were the three bronze bells cast by Franz Schilling. They bear the inscriptions "Ehre sei Gott in der Höhe", "Friede auf Erden", and "Den Menschen ein Wohlgefallen". During a confirmation service in the 1960 the clapper of the main bell came loose, smashed through the window and fell on the street. Window bars were installed in reaction to this. The colorful stained lead glass windows in the sanctuary were a gift from Emperor Wilhelm II. In the late 1990s a tourist noticed that all of them were installed with the sun protection on the inside. In the two years following this discovery, all window elements were restored and turned around.

Skeleton Coast National Park is a national park located in northwest Namibia, and has the most inaccessible shores, dotted with shipwrecks. The park was established in 1971 and has a size of 16,845 km². The park is divided into a northern and southern section, the southern section is open to those with 4 wheel drive vehicles, they are allowed to go up as far as the Ugab River Gate. The northern section can only be reached by a fly-in safari. The loose sand is a deathtrap to even the most powerful 4 wheel drives.

Daan Viljoen Game Reserve is a game reserve near Windhoek, Namibia. It is situated in the hill area of Khomas Hochland. The park has many walking paths and allows tourists to travel around by themselves. The park is a good example of the wildlife of Namibia.