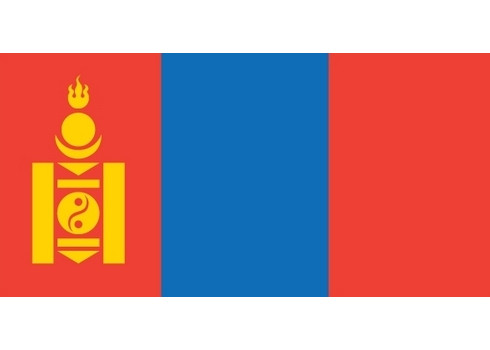 Here is a list of top tourist attractions in Mongolia. Only the topmost tourist destinations are presented here. To see other destinations, please check the images from Mongolia section.

Curious if any of these place from Mongolia made it our best tourist attractions in the world list? Read the aformentioned article in order to find out.

The Erdene Zuu Monastery is probably the earliest surviving Buddhist monastery in Mongolia. Located in Övörkhangai Province, approximately 2 km north-east from the center of Kharkhorin and adjacent to the ancient city of Karakorum, it is part of the Orkhon Valley Cultural Landscape World Heritage Site. Abtai Sain Khan, ruler of the Khalkh Mongols and grandfather of Zanabazar, the first Jebtsundamba Khutuktu, ordered construction of the Erdene Zuu monastery in 1585 after his meeting with the 3rd Dalai Lama and the declaration of Tibetan Buddhism as the state religion of Mongolia. Stones from the nearby ruins of the ancient Mongol capital of Karakorum were used in its construction. Planners attempted to create a surrounding wall that resembled a Tibetan Buddhist rosary featuring 108 stupas, but this objective was probably never achieved. The monastery's temple walls were painted, and the Chinese-style roof covered with green tiles. The monastery was damaged in 1688 during one of the many wars between Dzungars and Khalkh Mongols. Locals dismantled the wooden fortifications of the abandoned monastery. It was rebuilt in the 18th century and by 1872 had a full 62 temples and housed up to 1000 monks.

The Gandantegchinlen Monastery is a Tibetan-style monastery in the Mongolian capital of Ulaanbaatar that has been restored and revitalized since 1990. The Tibetan name translates to the "Great Place of Complete Joy". It currently has over 150 monks in residence. It features a 26.5-meter-high statue of Migjid Janraisig, a Buddhist bodhisattva also known as Avalokitesvara. It came under state protection in 1994.

The Flaming Cliffs site, also known as ob nob or sometimes Bain-Dzak, rich in saxaul or Mongolian: Улаан Эрэг red cliffs, is a region of the Gobi Desert in the Ömnögovi Province of Mongolia, in which important fossil finds have been made. It was given this name by American paleontologist Roy Chapman Andrews, who visited in the 1920s. The area is most famous for yielding the first discovery of dinosaur eggs. Other finds in the area include specimens of Velociraptor, and eutherian mammals. The red or orange color of the sandstone cliffs, hence the nickname.

Gorkhi-Terelj National Park is one of the national parks of Mongolia. The Terelj tourist zone has a number of "tourist camps". It is connected with Ulan Bator by a paved road. The road comes to the Gorkhiin Davaa pass. Most of the tourist camps and tourist attractions are before this pass. The road then ends at the settlement of Terelj, which features small shops and restaurants. The Terelj settlement is located in the valley of the Terelj River, approximately 66 km from the Ulaanbaatar city center. The national park tourist zone is formally in Nalaikh düüreg part of Ulaanbaatar municipality, the rest of the protected zone beginning to the north of the Terelj River, is located in Mongolia's Töv Province. A small southern portion of the park is developed for tourists, with restaurants, souvenir shops, horses and camels for rent, and tourist ger camps, many of them run by the Juulchin corporation, the former state tourism company. However, most of the park is undeveloped and difficult to access. Attractions include Khagiin Khar Lake, a 20m deep glacial lake 80 km upstream from the tourist camps, and Yestii Hot Water Springs, natural hot springs 18 km further upstream. The park also has a Buddhist monastery that is open to visitors. Park wildlife includes brown bears and over 250 species of birds. The Tuul River flows through the park.

Gobi Gurvansaikhan National Park is a national park in southern Mongolia. The park was established in 1993, and expanded to its current size in 2000. The park, at nearly 27,000 square kilometres, is the largest national park in Mongolia, stretching 380 km from east to west and 80 km from north to south. The park is named for the Gurvan Saikhan Mountains, which translates to the Three Beauties. The name is derived from three subranges, the East, Middle and West Beauty. The range forms the eastern half of the park. The park lies on the northern edge of the Gobi desert. The higher elevations contain areas of steppe, and reach elevations of up to 2,600 metres. A number of rare plants and animals are found in the park, including the elusive snow leopard and the Gobi Camel. Areas of sand dunes are found, most famously the Khongoryn Els - the Singing Sands. Another major tourist destination is Yolyn Am, a mountain valley that contains a large ice field through most of the year. The park is usually accessed via the town of Dalanzadgad, which has airport service to Ulaanbaatar.