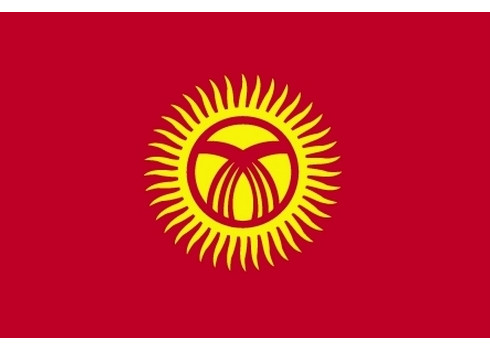 Here is a list of top tourist attractions in Kyrgyzstan. Only the topmost tourist destinations are presented here. To see other destinations, please check the images from Kyrgyzstan section.

Curious if any of these place from Kyrgyzstan made it our best tourist attractions in the world list? Read the aformentioned article in order to find out.

The Pamir Mountains are a mountain range in Central Asia formed by the junction of the Himalayas with Tian Shan, Karakoram, Kunlun, and Hindu Kush ranges. They are among the world’s highest mountains, and since Victorian times, they have been known as the "Roof of the World", presumably a translation from Persian. In other languages they are called: Kyrgyz Памир тоолору Pamir Toolori; Persian: رشته کوه های پامیر‎ Reshte Kūh-hāye Pāmīr; Tajik: Ришта Кӯҳҳои Помир Rishta Kuhhoyi Pomir; Pashto: د پامير غرونه‎ Da Pamir Gharuna; Uyghur: پامىر ئېگىزلىكى Pamir Ezgizliki; Urdu: پامیر کوهستان Pamir Kuhestan; simplified Chinese: 葱岭; traditional Chinese: 蔥嶺; pinyin: Cōnglǐng; Wade–Giles: Ts'ung-ling or "Onion Range". The name "Pamir" is used more commonly in Modern Chinese and loaned as simplified Chinese: 帕米尔; traditional Chinese: 帕米爾; pinyin: Pàmǐ'ěr. The precise extent of the Pamir Mountains is debatable. They lie mostly in Gorno-Badakhshan province, Tajikistan and Badakshan Province, Afghanistan. To the north they join the Tian Shan mountains along the Alay Valley of Kyrgyzstan. To the south they join the Hindu Kush mountains along the Wakhan Corridor in Afghanistan and Gilgit–Baltistan in Pakistan. To the east they may end on the Chinese border or extend to the range that includes Kongur Tagh which is sometimes included in the Kunlun Mountains.

Issyk Kul is an endorheic lake in the northern Tian Shan mountains in eastern Kyrgyzstan. It is the tenth largest lake in the world by volume and the second largest saline lake after the Caspian Sea. Although it is surrounded by snow-capped peaks, it never freezes; hence its name, which means "hot lake" in the Kyrgyz language. The lake is a Ramsar site of globally significant biodiversity and forms part of the Issyk-Kul Biosphere Reserve. It was the site of an ancient metropolis 2,500 years ago, and archaeological excavations are ongoing.

The Burana Tower is a large minaret in the Chuy Valley in northern Kyrgyzstan. It is located about 80 km east of the country's capital Bishkek, near the town of Tokmok. The tower, along with grave markers, some earthworks and the remnants of a castle and three mausoleums, is all that remains of the ancient city of Balasagun, which was established by the Karakhanids at the end of the 9th century. An external staircase and steep, winding stairway inside the tower enables visitors to climb to the top. The tower was originally 45 m high. However, over the centuries a number of earthquakes caused significant damage to the structure. The last major earthquake in the 15th century destroyed the top half of the tower, reducing it to its current height of 25m. In the early 1900s, Russian immigrants to the area used some of the bricks from the tower for new building projects. A renovation project was carried out in the 1970s to restore its foundation and repair the west-facing side of the tower, which was in danger of collapse. The entire site, including the mausoleums, castle foundations and grave markers, now functions as museum and there is a small building on the site containing historical information as well as artifacts found at the site and in the surrounding region.

The Ala Archa National Park is an alpine national park in the Tian Shan mountains of Kyrgyzstan, established in 1976 and located approximately 40 km south of the capital city of Bishkek. The park, which includes the gorge of the Ala-Archa River and the mountains surrounding it, is a popular destination point for weekend picnicers, hikers, horse trekkers, skiers as well as mountain climbers looking for challenging ice, rock and mixed routes. The park is open year round, although the most popular season is late summer and early fall. Every May 1, the Alpinada festival sees hundreds of people camp out in the valley and climb Mount Komsomolets. In Kyrgyz, the archa, which gives the park its name, is a bright or many-colored juniper which the Kyrgyz people have traditionally held in special esteem, using smoke from its burning wood to chase away evil spirits. However, the archa is not supposed to be planted near the home, because it is believed gradually to sap the energy from human beings living close-by. The park covers about 200 square kilometers, and its altitude ranges from about 1,500 meters at the entrance to a maximum of 4,895 meters at Peak Semenova Tian-Shanski, the highest peak in the Kyrgyz Ala-tau range of the Tian Shan. There are more than 20 small and large glaciers and some 50 mountain peaks within the park. Two smaller rivers, the Adygene and the Ak-Sai, originate from these glaciers' melting waters. The Adygene gorge is a beautifully wooded valley, with waterfalls, springs and abundant trout. A small reservoir on the Kargay-Bulak river was built to study the Amu Darya trout. Other wildlife includes the very rare snow leopard on the alpine meadows and snowfields above 2,500 m elevation, wild goats, roe deer and marmots.

Jeti-Ögüz is a balneotherapic resort located at the north slope of Teskey Ala-Too mountain range near Issyk Kul in the Jeti-Oguz District of Issyk Kul Province of Kyrgyzstan, about 28 km west of Karakol.