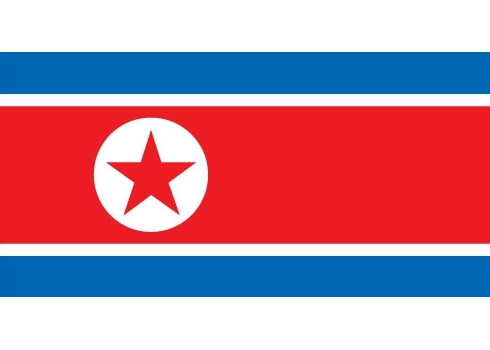 Here is a list of top tourist attractions in Korea, North. Only the topmost tourist destinations are presented here. To see other destinations, please check the images from Korea, North section.

Curious if any of these place from Korea, North made it our best tourist attractions in the world list? Read the aformentioned article in order to find out.

Baekdu, Paektu, or Changbai Mountain is an active volcano on the border between North Korea and China. At 2,744 m, it is the highest mountain of the Changbai and Baekdudaegan ranges. It is also the highest mountain on the Korean Peninsula and in northeastern China. A large crater lake, called Heaven Lake, is in the caldera atop the mountain.

USS Pueblo (AGER-2) is an American ELINT and SIGINT Banner-class technical research ship which was boarded and captured by North Korean forces on 23 January 1968, in what is known as the Pueblo incident or alternatively as the Pueblo crisis or the Pueblo affair. The declassified SIGAD for the National Security Agency Direct Support Unit from the Naval Security Group on Pueblo during the patrol involved in the incident was USN-467Y. The capture, less than a week after President Lyndon B. Johnson's State of the Union address and only a week before the start of the Tet Offensive, and subsequent 11-month prisoner drama were major incidents in the Cold War. North Korea stated that Pueblo strayed into their territorial waters, but the United States maintains that the vessel was in international waters at the time of the incident. Pueblo, still held by North Korea today, officially remains a commissioned vessel of the United States Navy. She was moored along the Taedong River in Pyongyang, and used there as a museum ship. Pueblo is the only ship of the U.S. Navy currently being held captive.

Kumsusan Palace of the Sun

Kumsusan Palace of the Sun, formerly the Kumsusan Memorial Palace, and sometimes referred to as the Kim Il-sung Mausoleum, is a building located near the northeast corner of the city of Pyongyang and serves as the mausoleum for Kim Il-sung, the founder and eternal president of North Korea, and for his son Kim Jong-il who succeeded him as the country's ruler. The palace was built in 1976 as the Kumsusan Assembly Hall, and served as Kim Il-sung's official residence. Following the elder Kim's death in 1994, Kim Jong-il had the building renovated and transformed into his father's mausoleum. Despite hundreds of thousands starving to death in a famine at the time, it is believed that the conversion cost at least $100 million. Some sources put the figure as high as $900 million. Inside the palace, Kim Il-sung's embalmed body lies inside a clear glass sarcophagus. His head rests on a Korean-style pillow and he is covered by the flag of the Workers' Party of Korea. Kim Jong-Il is now on display in a room close to and very similar to his father's. Kumsusan is the largest mausoleum dedicated to a Communist leader, and the only one to house the remains of multiple people. It is fronted by a large square, approximately 500 metres in length. It is bordered on its northern and eastern sides by a moat.

The Juche Tower is a monument in Pyongyang, North Korea. The tower is named after the principle of Juche, developed by Kim Il Sung as a blend of autarky, self-reliance, nationalism, Korean traditionalism, and Marxism-Leninism.

The Arch of Triumph in Pyongyang was built to commemorate the Korean resistance to Japan from 1925 to 1945. It is the world's tallest triumphal arch, standing 60 m high and 50 m wide. Built in 1982 on the Triumph Return Square at the foot of Moran Hill in the North Korean capital city of Pyongyang, the monument was built to honour and glorify President Kim Il-sung's role in the military resistance for Korean independence. Inaugurated on the occasion of his 70th birthday, each of its 25,500 blocks of finely-dressed white granite represents a day of his life up to that point.

The Korea Central Zoo, also referred to as the Pyongyang Central Zoo, is the national zoo of North Korea. It is located near Mt. Taesong in downtown Pyongyang. The zoo has over 5,000 wild animals, comprising a total of 650 species, and covers an area of roughly one square kilometre. It was established in April 1959 at the instruction of Kim Il-sung.

The North Korea Peace Museum is in the building constructed to house the signing of the Korean War Armistice Agreement on 27 July 1953. It is located in the former village of Panmunjeom in North Hwanghae Province, North Korea. It is located approximately 1.2 kilometres north-west of the Joint Security Area, in the northern half of the Demilitarized Zone. The building is all that remains of the former village, and since the mid-1950s, references to Panmunjom actually refer to the Joint Security Area itself. The weapons used to kill U.S. Army Capt. Bonifas and Lt. Barrett in the Axe Murder Incident of 1976 are housed within the Museum. The Museum is located about 1.9 kilometres north-east of Kijong-dong, often referred to as Propaganda Village.