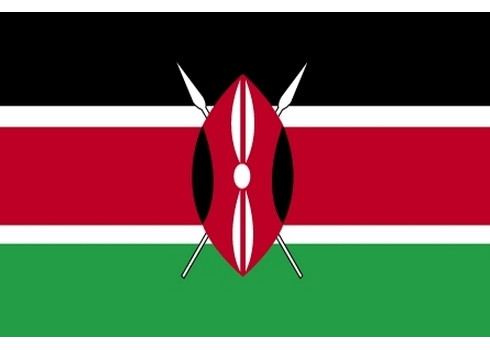 Here is a list of top tourist attractions in Kenya. Only the topmost tourist destinations are presented here. To see other destinations, please check the images from Kenya section.

Curious if any of these place from Kenya made it our best tourist attractions in the world list? Read the aformentioned article in order to find out.

The Maasai Mara National Reserve is a large game reserve in Narok County, Kenya, contiguous with the Serengeti National Park in Mara Region, Tanzania. It is named in honor of the Maasai people and their description of the area when looked at from afar: "Mara," which is Maa for "spotted," an apt description for the circles of trees, scrub, savanna, and cloud shadows that mark the area. It is globally famous for its exceptional population of lions, leopards and cheetahs, and the annual migration of zebra, Thomson's gazelle, and wildebeest to and from the Serengeti every year from July to October, known as the Great Migration. The Maasai Mara National Reserve is only a fraction of the Greater Mara Ecosystem, which includes the following Group Ranches: Koiyaki, Lemek, Ol Chorro Oirowua, Olkinyei, Siana, Maji Moto, Naikara, Ol Derkesi, Kerinkani, Oloirien, and Kimintet.

Nairobi National Park is a national park in Kenya. Established in 1946, the national park was Kenya's first. It is located approximately 7 kilometres south of the centre of Nairobi, Kenya's capital city, with an electric fence separating the park's wildlife from the metropolis. Nairobi's skyscrapers can be seen from the park. The proximity of urban and natural environments has caused conflicts between the animals and local people and threatens animals' migration routes. Still, despite its proximity to civilisation and relative small size for an African national park, Nairobi National Park boasts a large and varied wildlife population. Migrating herbivores gather in the park during the dry season, and it is one of Kenya's most successful rhinoceros sanctuaries.

Tsavo East National Park is one of the oldest and largest parks in Kenya at 13,747 square kilometres. Situated in a semi-arid area previously known as the Taru Desert it opened in April 1948, it is located near the town of Voi in the Taita-Taveta District of Coast Province. The park is divided into east and west sections by the A109 road and a railway. Named for the Tsavo River, which flows west to east through the national park, it borders the Chyulu Hills National Park, and the Mkomazi Game Reserve in Tanzania.

Fort Jesus is a Portuguese fort built in 1591 by order of King Philip I of Portugal, then ruler of the joint Portuguese and Spanish Kingdoms, located on Mombasa Island to guard the Old Port of Mombasa, Kenya. It was built in the shape of a man, and was given the name of Jesus. In 2011, the fort was declared a World Heritage Site by UNESCO, highlighted as one of the most outstanding and well preserved examples of 16th-century Portuguese military fortifications.

The Samburu National Reserve is located on the banks of the Ewaso Ng'iro river in Kenya; on the other side of the river is the Buffalo Springs National Reserve in Northern Kenya. It is 165 km² in size and 350 kilometers from Nairobi and ranges in altitude from 800 to 1230m above sea level. Geographically, it is located in Samburu County. In the middle of the reserve, the Ewaso Ng'iro flows through doum palm groves and thick riverine forests and provides water without which the game in the reserve could not survive in the arid country. The Samburu National Reserve was one of the two areas in which conservationists George Adamson and Joy Adamson raised Elsa the Lioness made famous in the best selling book and award winning movie Born Free. The Samburu National Reserve is also the home of Kamunyak, a lioness famous for adopting oryx calves.

Diani Beach is a major beach resort on the Indian Ocean coast of Kenya. It is located 30 kilometres south of Mombasa, in the nearby Kwale County. The beach is about 10 kilometres long, from the Kongo river to the north and Galu beach to the south. It is adjacent to the town of Ukunda, the population of which nears 100,000 inhabitants. A small airstrip is located between the beach area and the Mombasa-Lunga Lunga road. The water remains shallow near shore, with some underwater sandbars near the surface which allow wading with a clear view of the sandy bottom. Inland from the beach, there is extensive vegetation, including numerous palm trees which cover the coastal areas, unlike the dry acacia trees of the mountainous Kenyan Highlands. The general area is known for its coral reefs, black-and-white colobus monkeys, and for the closely located Shimba Hills National Reserve, a wildlife reserve which looks out over the Indian Ocean. Diani Beach has high-class restaurants, hotels, supermarkets, and several shopping centres. Diani Beach is also a popular kitesurfing location.

Haller Park is a nature park in Bamburi, Mombasa, on the Kenyan Coast. It is the transformation of a quarry wasteland into an ecological paradise. Haller Park holds a variety of plant and animal species which serve as a recreation hot spot to tourists and locals. Up to March 2007 it held the famous attraction of Owen and Mzee – the friendship of a hippopotamus and a tortoise.

Tsavo West National Park is located in the Coast Province of Kenya. The park covers an area of 9,065 square kilometres. The A109 road Nairobi-Mombasa and a railway divides it from the adjoining Tsavo East National Park. Tsavo West is a more popular destination on account of its magnificent scenery, Mzima Springs, rich and varied wildlife, good road system, rhino reserve, rock climbing potential and guided walks along the Tsavo River. The park is operated by Kenya Wildlife Service.

The Ngong Hills are peaks in a ridge along the Great Rift Valley, located southwest near Nairobi, in southern Kenya. The word "Ngong" is an Anglicization of a Maasai phrase "enkong'u emuny" meaning rhinoceros spring, and this name derives from a spring located near Ngong Town. The Ngong Hills, from the eastside slopes, overlook the Nairobi National Park game reserve and, off to the north, the city of Nairobi. The Ngong Hills, from the westside slopes, overlook the Great Rift Valley dropping over 1000 metres below, where Maasai villages have been developed. The peak of the Ngong Hills is at 2460 meters above sea level. During the years of British colonial rule, the area around the Ngong Hills was a major settler farming region, and many traditional colonial houses are still seen in the area. In the 1985 film Out of Africa, the four peaks of the Ngong Hills appear in the background of several scenes near Karen Blixen's house. Local residents still reported seeing lions in the Hills during the 1990s. The solitary grave of Denys Finch Hatton, marked by an obelisk and garden, is located on the eastern slopes of the Ngong Hills, overlooking the vast game reserve.

The Arabuko-Sokoke Forest is located on the coast of Kenya, 110 km north of Mombassa and is protected as a national Forest Reserve. The Arabuko-Sokoke National Park is only a small portion of the Arabuko-Sokoke Forest Reserve, a few square kilometres in size and is located on the north-western edge of the forest. The National Park was gazetted only in the late 1980s and in fact straddles the Forest Reserve boundary with about 50% lying outside the boundary. This outer section actually lies outside an electric elephant fence installed in 2006/7 and is now fully inhabited by local communities to the extent that there is no sign on the ground to show where the National Park begins or ends. The National Park sadly doesn't add any particular protection to the forest which is the largest fragment of coastal forest left in East Africa, and is an area of high endemism, containing endemic mammals, birds and plants. The Reserve, however, is jointly managed by the Kenya Forest Service, Kenya Wildlife Service, National Museums of Kenya and the Kenya Forest Research Institute and is one of the better protected forests in Kenya. The forest was first protected as a Crown Forest in 1943, and was gazetted in the 1960s. The forest is threatened by the desire for land by local people. Several national and international conservation organisations are working with the Kenya Wildlife Service to protect the park.

The Shimba Hills National Reserve is a small National Reserve in the Coast Province of Kenya, 33 km from Mombasa and 15 km from the coast. The reserve is an area of coastal rainforest, woodland and grassland. It is an important area for plant biodiversity – over 50% of the 159 rare plants in Kenya are found in the Shimba Hills, including some endangered species of cycad and orchids. It is also a nationally important site for birds and butterflies. There are estimated to be approximately 700 elephants in the reserve. This population is unsustainably high – it causes significant damage to vegetation, threatening the endangered plant life. Conflict between humans and elephants has also reached critical levels. North of the Reserve, the Mwaluganje elephant sanctuary has been established to provide a route for elephants to leave the park. The remainder of the park boundary is fenced to prevent the elephants from invading farmland. The Kenya Wildlife Service has plans to relocate up to 400 elephants from Shimba to Tsavo East National Park in 2005. Shimba Hills contains Kenya's only population of Sable Antelope. There are about 100 in the park.

The Ruins of Gedi are the remains of a Swahili town located in Gedi, a village near the coastal town of Malindi in Kenya. From the 13th or 14th to 17th centuries, Gedi was a thriving community along the jungle coast of East Africa. Although no written record exists of this town, excavations between 1948 and 1958 revealed that the Muslim inhabitants traded with people from all over the world. Some of the findings included beads from Venice, coins and a Ming vase from China, an iron lamp from India, and scissors from Spain. The population was estimated to exceed at least 2500 people. These items can be found in the museum in the complex which was opened in 2000. Gedi had a mosque, a palace, and large stone houses. These houses were complex for their time, with bathrooms with drains and overhead basins to flush toilets. The city's streets were laid out at right angles and had drainage gutters. There are also wells which supplied water to the community. The material used to construct the buildings was made from coral reef from the nearby ocean. In the early 16th century, the village was abandoned. A possible explanation was that a punitive expedition came from Mombasa against Malindi and forced the inhabitants to leave. A temporary reoccupation likely occurred by the nomadic Oromo tribe from Somalia in the late 16th century, who later abandoned the town.