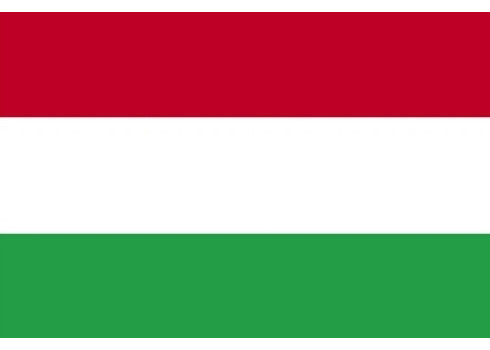 Here is a list of top tourist attractions in Hungary. Only the topmost tourist destinations are presented here. To see other destinations, please check the images from Hungary section.

Curious if any of these place from Hungary made it our best tourist attractions in the world list? Read the aformentioned article in order to find out.

Lake Balaton, or The Balaton, is a freshwater lake in the Transdanubian region of Hungary. It is the largest lake in Central Europe, and one of its foremost tourist destinations. The Zala River provides the largest inflow of water to the lake, and the canalized Sió is the only outflow. The mountainous region of the northern shore is known both for its historic character and as a major wine region, while the flat southern shore is known for its resort towns. Balatonfüred and Hévíz developed early as resorts for the wealthy, but it was not until the late 19th century when landowners, ruined by lice, began building summer homes to rent out to the burgeoning middle classes.

Buda Castle is the historical castle and palace complex of the Hungarian kings in Budapest, and was first completed in 1265. In the past, it has been called Royal Palace and Royal Castle. Buda Castle was built on the southern tip of Castle Hill, bounded on the north by what is known as the Castle District, which is famous for its Medieval, Baroque, and 19th-century houses, churches, and public buildings. It is linked to Clark Ádám Square and the Széchenyi Chain Bridge by the Castle Hill Funicular. The castle is a part of the Budapest World Heritage Site, which was declared a Heritage Site in 1987.

The Hungarian Parliament Building is the seat of the National Assembly of Hungary, one of Europe's oldest legislative buildings, a notable landmark of Hungary and a popular tourist destination of Budapest. It lies in Lajos Kossuth Square, on the bank of the Danube. It is currently the largest building in Hungary and still the tallest building in Budapest.

The Széchenyi Medicinal Bath in Budapest is the largest medicinal bath in Europe. Its water is supplied by two thermal springs, their temperature is 74 °C and 77 °C, respectively. Components of the thermal water include sulphate, calcium, magnesium, bicarbonate and a significant amount of fluoride acid and metaboric acid. Medical indications are on degenerative joint illnesses, chronic and sub-acute joint inflammations, as well as orthopaedic and traumatological post-treatments.

House of Terror is a museum located at Andrássy út 60 in Budapest, Hungary. It contains exhibits related to the fascist and communist dictatorial regimes in 20th-century Hungary and is also a memorial to the victims of these regimes, including those detained, interrogated, tortured or killed in the building. The museum opened on 24 February 2002 and the Director-General of the museum since then has been Dr Mária Schmidt. The House of Terror is a member organization of the Platform of European Memory and Conscience.

Matthias Church is a Roman Catholic church located in Budapest, Hungary, in front of the Fisherman's Bastion at the heart of Buda's Castle District. According to church tradition, it was originally built in Romanesque style in 1015. The current building was constructed in the florid late Gothic style in the second half of the 14th century and was extensively restored in the late 19th century. It was the second largest church of medieval Buda and the seventh largest church of medieval Hungarian Kingdom.

The Hungarian National Museum was founded in 1802 and is the national museum for the history, art and archaeology of Hungary, including areas not within Hungary's modern borders such as Transylvania; it is not to be confused with the collection of international art of the Hungarian National Gallery. The museum is in Budapest VIII in a purpose-built Neoclassical building from 1837-47 by the architect Mihály Pollack.

Memento Park is an open air museum in Budapest, dedicated to monumental statues from Hungary's Communist period. There are statues of Lenin, Marx, and Engels, and several Hungarian Communist leaders. The park was designed by Hungarian architect, Ákos Eleőd, who won the competition announced by the Budapest General Assembly in 1991. Thus the architect: "This park is about dictatorship. And at the same time, because it can be talked about, described, built, this park is about democracy. After all, only democracy is able to give the opportunity to let us think freely about dictatorship."

Andrássy Avenue is an iconic boulevard in Budapest, Hungary, dating back to 1872. It links Erzsébet Square with the Városliget. Lined with spectacular Neo-renaissance mansions and townhouses featuring fine facades and interiors, it was recognised as a World Heritage Site in 2002. It is also one of Budapest's main shopping streets, with fine cafes, restaurants, theatres, and luxury boutiques.

The Hungarian National Gallery, was established in 1957 as the national art museum. It is located in Buda Castle in Budapest, Hungary. Its collections cover Hungarian art in all genres, including the works of many nineteenth- and twentieth-century Hungarian artists who worked in Paris and other locations in the West. The primary museum for international art in Budapest is the Museum of Fine Arts.

Budapest Zoo & Botanical Garden is the oldest zoo park in Hungary and one of the oldest in the world. It has 733 animal species and is located within Városliget Park. The zoo opened its doors on August 9, 1866. The park has 1–1.1 million visitors every year. The area is a nature reserve, and has some valuable art nouveau buildings designed by Kornél Neuschloss and Károly Kós . More than 1000 species are living there. Most special animals there are the Komodo dragon and from December 2011 the Wombat. The Zoo is located in the city centre, can be reached by Line 1 Until March 2012 the official city card user and one child until 14 year old get free entrance to the Zoo.

Vajdahunyad Castle is a castle in the City Park of Budapest, Hungary. It was built between 1896 and 1908 as part of the Millennial Exhibition which celebrated the 1000 years of Hungary since the Hungarian Conquest of the Carpathian Basin in 895. The castle was designed by Ignác Alpár to feature copies of several landmark buildings from different parts the Kingdom of Hungary, especially the Hunyad Castle in Transylvania. As the castle contains parts of buildings from various time periods, it displays different architectural styles: Romanesque, Gothic, Renaissance and Baroque. Originally it was made from cardboard and wood, but it became so popular that it was rebuilt from stone and brick between 1904 and 1908. Today it houses the Agricultural Museum of Hungary, the biggest agricultural museum in Europe. The statue of Anonymus is also displayed in the castle court. Anonymus lived in the 12th century, who wrote the chronicle Gesta Hungarorum. The castle contains a statue of Béla Lugosi, as well.

Fővárosi Szabó Ervin Könyvtár is the largest library network in Budapest, Hungary. In 2003, FIABCI awarded the Prix d’Excellence to its central building, with the following description: Originally housed in the 19th century historic Wenckheim Palace, the municipal library needed more space as its collection grew and plans were made to link it to new buildings while restoring the palace as a national monument. The modernised library now covers around 13,000 m² and houses Budapest's largest public collection of books with a capacity for 1,100,000 volumes.

Kunsthalle Budapest is a contemporary art museum in Budapest, located in Heroes' Square, facing the Museum of Fine Arts. It was built in 1895, by the plans of Albert Schickedanz and Fülöp Herczog, in eclectic-neoclassical style. The Kunsthalle hosts temporary exhibits contemporary art.

Gresham Palace or Gresham-palota, located in Budapest, Hungary, is an example of Art Nouveau architecture in Central Europe. Completed in 1906, it is now owned by an Irish company, Quinlan Private, and managed by Four Seasons Hotels.

The Museum of Applied Arts is a museum in Budapest, Hungary. It is the third oldest applied arts museum in the world.

The Nyíregyháza Zoo is located 5 km north of Nyíregyháza, Hungary in the Sóstó recreation area which also includes the beach, the spa, the pool, the open air museum and the wood parks. The zoo lies in a natural, almost untouched birch forest. In the 30 hectare area of the zoo the visitors find themselves in continents, so that one that enters can walk along them to observe how the animals live in certain parts of the world. The visitors can have some rest in Hotel Dzsungel.

The Ethnographic Museum is a national museum in Budapest, Hungary.

The Castle of Eger is a castle in Eger, Hungary. Historically, it is known for repelling the Turkish attack in 1552 during the Siege of Eger.

The Közlekedési Múzeum or Transport Museum of Budapest is one of Europe’s oldest transportation collections. It is a must for railway connoisseurs and amateurs. This museum has a unique collection of locomotives and wagons on a 1:5 scale. This means that a locomotive of, for example, 10 m length is reproduced with all details in a 2 m length model. The models represent a wide range of railway technology. The museum shows also a locomotive and wagon in real size with a railway station of the 1900s. In other parts of the museum are shown : ⁕The history of road traffic: horse-drawn and machine-driven vehicles, road and bridge building with a collection of old cars, motorcycles and bicycles. ⁕The history of sailing. Sailing from the prehistoric ages; the history of Hungarian boat manufacturing, showed by models. ⁕On a location deeper in the park there is a permanent exhibition about the history of flight and space flight, including original Hungarian and foreign airplanes, including a Junkers F-13, the first all-metal transport aircraft. It also has the cabin of the first Hungarian astronaut, Bertalan Farkas. The development of engines and instruments and Modern rocket-techniques are demonstrated.

The Christian Museum is the largest ecclesiastical collection in Hungary; it conserves European and Hungarian works of art from the period between the 13th and 19th centuries. The permanent exhibition of the Christian Museum is situated on the second floor of the Primate's Palace in Esztergom-Víziváros, on the bank of the Danube river. The extensive collections of Hungarian, Italian, Dutch, German and Austrian paintings make this museum the third most important picture gallery in Hungary. Many works of art come from the territory of present-day Slovakia in which area part of the archdiocese of Esztergom lay at the time of the formation of the collection. Besides late medieval and Renaissance works of art — including the Calvary Altarpiece by Thomas of Coloswar, the Lord's Coffin from Garamszentbenedek, and the Passion scenes by Master MS — the baroque and modern collections, the collection of the decorative arts, and the collection of prints and drawings are significant.

The Aquincum Museum is a museum in Budapest, Hungary, Szentendrei út 135. Archeological findings from the remains of Aquincum are on display there. These include items from the local Mithraeum. It has an indoor and outdoor part.

The Geological Museum of Budapest is the main museum of geology in Hungary. It is located on the Stefánia utca in the western part of Pest. The building was originally the home of the Hungarian Geological Society, which was established in 1869. The building was designed by Ödön Lechner in 1896. It still houses the Geological Institute of Hungary. Its collection consists of minerals, prehistoric footprints, general information on Hungarian geology and its history, and an exhibition dedicated to the building's architect, Ödön Lechner.

The Ottó Herman Museum is the largest museum of Miskolc, Hungary. It has more than 600,000 artifacts. Its main focus is on archaeology, mineralogy, arts, history and ethnography.

Millenáris is a cultural center and public park.

The Museum of Hungarian Aviation is a large museum displaying old military and civilian aircraft and aircraft engines in Szolnok, Hungary. It is located next to the "Lt. Ittebei Kiss József" Helicopter Base of the Hungarian Air Force.

The Ferenc Hopp Museum of Eastern Asiatic Arts, located in Budapest, was founded in 1919 by world traveler and art collector Ferenc Hopss (1833-1919). The museum holds within its collection about 20,000 items, including Chinese, Japanese, Korean, Nepalese, Tibetan, Mongolian, Indian, South-East Asian and Near-Eastern objects.