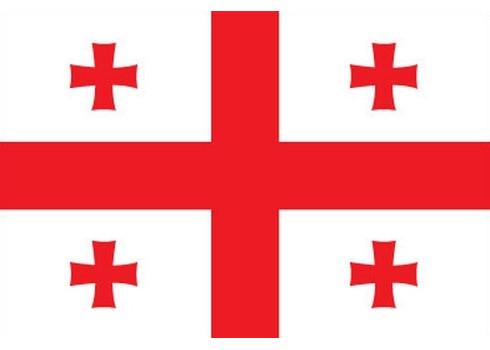 Here is a list of top tourist attractions in Georgia. Only the topmost tourist destinations are presented here. To see other destinations, please check the images from Georgia section.

Curious if any of these place from Georgia made it our best tourist attractions in the world list? Read the aformentioned article in order to find out.

Svetitskhoveli Cathedral is a Georgian Orthodox cathedral located in the historical town of Mtskheta, Georgia, 20 km northwest of the nation's capital of Tbilisi. Svetitskhoveli, known as the burial site of Christ's mantle, has long been the principal Georgian church and remains one of the most venerated places of worship to this day. It presently functions as the seat of the archbishop of Mtskheta and Tbilisi, who is at the same time Catholicos-Patriarch of All Georgia. The current cathedral was built in the 11th century by the Georgian architect Arsukisdze, though the site itself is even older dating back to the early 4th century and is surrounded by a number of legends associated primarily with the early Christian traditions. It is the second largest church building in the country, after the recently consecrated Tbilisi Holy Trinity Cathedral, and is listed as an UNESCO World Heritage Site along with other historical monuments of Mtskheta.

Uplistsikhe is an ancient rock-hewn town in eastern Georgia, some 10 kilometers east of the town of Gori, Shida Kartli. Built on a high rocky left bank of the Mtkvari River, it contains various structures dating from the Early Iron Age to the Late Middle Ages, and is notable for the unique combination of various styles of rock-cut cultures from Anatolia and Iran, as well as the co-existence of pagan and Christian architecture.

Gergeti Trinity Church is a popular name for Holy Trinity Church near the village of Gergeti in the Georgia. The church is situated on the right bank of the river Chkheri, at an elevation of 2170 meters, under Mount Kazbegi. The Gergeti Trinity Church was built in the 14th century, and is the only cross-cupola church in Khevi province. The separate belltower dates from the same period as the church itself. Its isolated location on top of a steep mountain surrounded by the vastness of nature has made it a symbol for Georgia. The 18th century Georgian author Vakhushti Batonishvili wrote that in times of danger, precious relics from Mtskheta, including Saint Nino's Cross were brought here for safekeeping. During the Soviet era, all religious services were prohibited, but the church remained a popular tourist destination. The church is now an active establishment of the Georgian Orthodox and Apostolic Church The church is a popular waypoint for trekkers in the area, and can be reached by a steep 3 hour climb up the mountain, or around 30 minutes by jeep up a rough mountain trail.

Armazi is a locale in Georgia, 2 km northwest of Mtskheta and 22 km north of Tbilisi. A part of historical Greater Mtskheta, it is a place where the ancient city of the same name and the original capital of the early Georgian kingdom of Kartli or Iberia was located. It particularly flourished in the early centuries CE and was destroyed by the Arab invasion in the 730s.