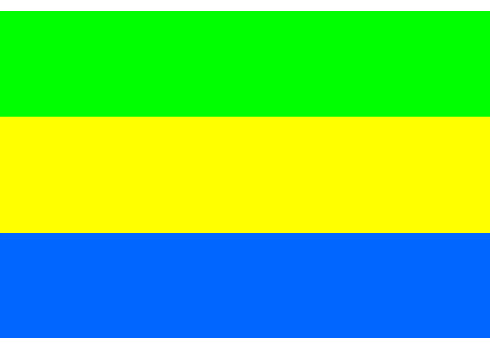 Here is a list of top tourist attractions in Gabon. Only the topmost tourist destinations are presented here. To see other destinations, please check the images from Gabon section.

Curious if any of these place from Gabon made it our best tourist attractions in the world list? Read the aformentioned article in order to find out.

Lopé National Park is a national park in central Gabon. Although the terrain is mostly rain forest, in the north the park contains the last remnants of grass savannas created in Central Africa during the last Ice Age, 15,000 years ago. It was the first protected area in Gabon when the Lopé-Okanda Wildlife Reserve was created in 1946. In 2007, the Lopé-Okanda landscape was added to the World Heritage List by UNESCO. The park contains a small research station, named as Mikongo and run by the Zoological Society London, based in the village known as Mikongo, from which it gets its name. There exists infrastructure to cater for tourists at the base, including several chalets and a large open air dining room, from which the rainforest is a mere five meters away.

Loango National Park is a national park in western Gabon. It protects diverse coastal habitat, including part of the 220 km² Iguéla Lagoon, the only significant example of a typical western African lagoon system that is protected within a national park. Situated between the Nkomi and Ndogo Lagoons, Loango National Park is the true jewel of Africa's western coast. The naturalist Mike Fay called Loango 'Africa's Last Eden' and this is where Michael "Nick" Nichols from National Geographic took his well-known pictures of surfing hippos. Both men call Loango the 'Land of surfing hippos'. The park’s 1,550 km² of savanna, pristine beach, forest and mangroves are a must-see in Gabon. Loango National Park offers breathtaking panoramas and the unique opportunity to observe elephants, buffalos, hippos, gorillas and leopards venturing onto the white sand beaches. After South Africa, the world’s largest concentration and variety of whales and dolphins can be found right off the Loango coast. The area has over 100 kilometres of uninhabited coastline and humpback and killer whales are easy to observe here. This is arguably the most beautiful spot on Africa's western coast – the place where forests, savannas, wetlands, lagoons and ocean all come together. Loango is renowned worldwide as a site for tarpon of record size, as well as many other large saltwater fish.

Akanda National Park is one of 13 National Parks in Gabon set up in 2002 by President Omar Bongo after a two year study by the DFC, WCS and WWF. The 13 national parks are designed to represent the biodiversity of the country and encourage tourism. Akanda National Park is located in the northeast of the country, near Libreville, with coastline along the Mondah and Corisco bays. The national park is composed chiefly of mangrove and tidal beach habitats. Gabon has only 2.5% of the total mangrove swamp in Africa, but Akanda together with the nearby Pongara National Park comprise 25% of the total protected mangrove in the continent. They play an important role in the ecosystem and help stabilise the coastline around Libreville. Human encroachment from both building and crop planting are a threat to both parks. Both of the bays are rich in marine life, and Corisco bay provides an important feeding area for turtles. Akanda is internationally important as a site for migratory birds and is home to the largest populations of such birds in Gabon. It is an IUCN Critical Site.

Batéké Plateau National Park is a national park in the Bateke Plateau, southeastern Gabon covering 2,034 km². Due to its purported universal cultural and natural significance, it was added onto the UNESCO World Heritage Tentative List on October 20, 2005.