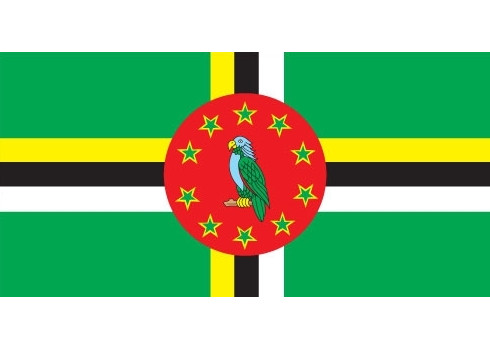 Here is a list of top tourist attractions in Dominica. Only the topmost tourist destinations are presented here. To see other destinations, please check the images from Dominica section.

Curious if any of these place from Dominica made it our best tourist attractions in the world list? Read the aformentioned article in order to find out.

Dominica's Boiling Lake is situated in the Morne Trois Pitons National Park - Dominica's World Heritage site. It is a flooded fumarole 6.5 miles east of Roseau, Dominica. It is filled with bubbling greyish-blue water that is usually enveloped in a cloud of vapour. The lake is approximately 200 ft across. The first recorded sighting of the lake was in 1870 by Mr. Watt and Dr. Nicholls, two Englishmen working in Dominica at that time. In 1875, Mr. H. Prestoe, a government botanist, and Dr. Nicholls were commissioned to investigate this natural phenomenon. They measured the water temperature and found it to range from 180 to 197 degrees Fahrenheit along the edges, but could not measure the temperature at the centre where the lake is actively boiling. They recorded the depth to be greater than 195 ft. Periodically, there have been fluctuations in the level and activity of the lake. In the 1870s it was deep, after a phreatic eruption nearby, in 1880 the lake disappeared and formed a fountain of hot water and steam. Another phreatic eruption lowered the lake level by some 10 m from December 2004 to April 2005, later the lake level rose again.

Morne Trois Pitons National Park is a World Heritage Site located in the Caribbean island of Dominica. This area was established as a national park by the Dominican government in July 1975, the first to be legally established in the country. The National Park is named after its highest mountain, Morne Trois Pitons, meaning mountain of three peaks. The park is a significant area of volcanic activity. Features within the part include the Valley of Desolation, a region of boiling mud ponds and small geysers; the Boiling Lake, Titou Gorge, and Emerald Pool. ⁕ Middleham Falls ⁕ Dominican Jungle ⁕ Trafalgar Falls ⁕ Freshwater Lake

The Layou River is a river in Dominica. It rises in the interior of the country, flowing westward to reach the Caribbean Sea on the country's central western coast, very close to the town of St. Joseph.