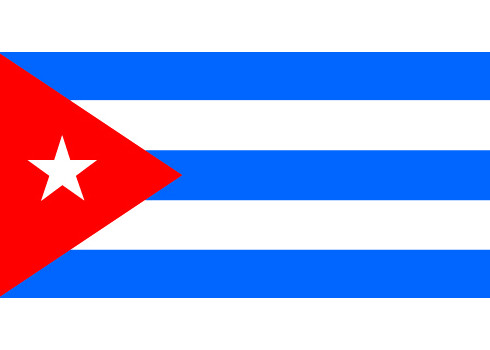 Here is a list of top tourist attractions in Cuba. Only the topmost tourist destinations are presented here. To see other destinations, please check the images from Cuba section.

Curious if any of these place from Cuba made it our best tourist attractions in the world list? Read the aformentioned article in order to find out.

Old Havana is the city-center and one of the 15 municipalities forming Havana, Cuba, it has the second highest population density in the city and contains the core of the original city of Havana. The positions of the original Havana city walls are the modern boundaries of Old Havana. Old Havana is a UNESCO World Heritage Site.

Sierra Maestra is a mountain range that runs westward across the south of the old Oriente Province from what is now Guantánamo Province to Niquero in southeast Cuba, rising abruptly from the coast. Some view it as a series of connecting ranges, which joins with others extending to the west. The Sierra Maestra is the highest system of Cuba. It is rich in minerals, especially copper, manganese, chromium, and iron. At 6,650 ft, Pico Turquino is the range's highest point.

El Capitolio, or National Capitol Building in Havana, Cuba, was the seat of government in Cuba until after the Cuban Revolution in 1959, and is now home to the Cuban Academy of Sciences. "El Capitolio" has a size of 681 by 300ft. Its design and name recall the United States Capitol in Washington, D.C., but it is only superficially similar. Completed in 1929, it was the tallest building in Havana until the 1950s and houses the world's third largest indoor statue.

The Cauto River or Río Cauto, located in southeast Cuba, is the longest river of Cuba.

The Castillo de San Pedro de la Roca is a fortress on the coast of the Cuban city of Santiago de Cuba. About 6 miles southwest of the city centre, it overlooks the bay.

Baconao Park is a large park region, located about 20 kilometers away from the city of Santiago de Cuba, with a total surface of 848.57 km².

El Templete is a monument in Havana, Cuba, that pays homage to the place where the foundation of the town of San Cristóbal de la Habana was celebrated in 1519. The monument consists of bust of Christopher Columbus and three canvases painted by Jean Baptiste Vermay. It is a Neoclassic building, typical example of colonial architecture. Close to the Templete, there is a column which replaces a silk-cotton tree, under which the first mass and the first Council of Havana were celebrated.

The Acuario Nacional de Cuba in Havana, Cuba was established in 1960 to focus on "research and environmental education". Displays include those of coral and other tropical species, as well as a well-known dolphinarium and popular sea lion shows.

Turquino National Park is a National Park in Cuba. It is located in the heights of the Sierra Maestra mountain range, in the Santiago de Cuba Province, 50 km west of Guamá. The park was named for Pico Turquino, the highest point in Cuba and has a total area of 229.38 km². It was established on January 8, 1980, with the passing of bill 27/1980. Besides Pico Turquino it also contains the mountains Pico Cuba, Pico Real and Pico Suecia, and the protected area stretches to Cuba's southern coast at the beach of Marea del Portillo.

Estadio Guillermón Moncada is a multi-use stadium in Santiago de Cuba, Cuba. It is the second most important baseball stadium of the country, with a capacity for 25 000 spectators comfortably seated. The stadium was inaugurated the February 24 of 1964. It's a project of the Architect Emilio Castro. The stadium is named after Cuban patriot Guillermón Moncada, the "Ebony Giant", one of the 29 Generals of the Wars of Independence, born in Santiago of Cuba and participates in the three wars against Spain. He dies in 1896 of tuberculosis in this city. In its environs there are also a softball stadium, an athletics track and a soccer field and a gym for weights and judo. This stadium is the field of the Santiago de Cuba baseball team.

Parque de los Mártires is the name of a park in Santa Clara, Cuba. It is located only a few blocks from Parque del Carmen and in front of Santa Clara railway station.