China - the good and the bad

China is the world's second largest country by land mass. With over 1.35 billion people, it is the world's most populous country. It is run by a single party system, the communist party. The history of China goes back to ancient times, making it also one of the world's earliest civilizations. China is known for it's rich diverse culture, which has been passed through generations upon generations. However, just like with any land, there is both good and bad to China. For those living there, many focus on the good of the China, while those who are foreign to China generally have more bad to say. Below you will be able to learn both the good and bad of China. 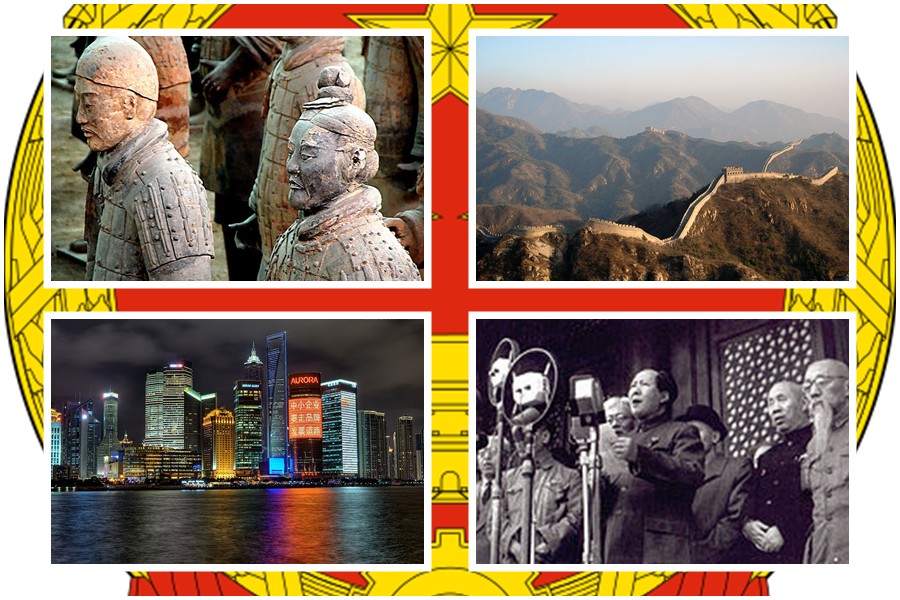 It would be unfair to focus solely on what's bad about China, as the country has both good and bad. Let's start with all of the good things that China has to offer. First off, it should be mentioned that China is one of the oldest civilizations, meaning it has a very rich culture and history. This can be very positive for a land, as it gives a sense of being for those who live there. It also makes visiting the country more interesting and unique, all of which are good things. China is also known for it's culinary exploration, some of which is rather great. One could try many different things in China that they may not have been able to experience elsewhere. China also has some very fun and exciting festivals and rituals, as well as their nod to superstition. For example, the celebrations of Chinese New Year are like nowhere else in the world. It is complete with parades, feasts, dancing and much more.

China is also home to some of the best technological advancements, as China becomes one of the largest manufacturers of electronics. It should also be noted that China's trade with the rest of the Western world is both a positive and negative thing. It is positive because it allows the products people use daily to be made and sold cheaply. However, many argue it is bad because of the fact that sending products over seas to be made, takes away work from others, particularly in the United States. It should also be mentioned that the scenery of China is definitely a very good thing. One could view sights in China that they only previously thought existed in dreams. Because of this, many flock to China per year to take in the sights, the food and the rich culture it's people have created.

The fact is, there are many good things about China and it's people, but as with anything, there are also bad things. For example, China has one of the highest pollution rates in the world, making inner city skies cloudy and gray during times. One of the most well known less than great things about China would be that they are a communist country. Though it should be mentioned that those living in China may not view this as a bad thing. Though the rest of the world, especially those in non communist countries, generally view communism to be a very toxic system of government. Internet censorship is also another negative thing that China has, as many websites are blocked or censored by the government. In a world where internet censorship is a very large issue, this is definitely a strike for China. China also suffers from income inequality, which forces many families to struggle while others are living with means well past what is needed. However, many countries in today's world struggle with income inequality as well. China also has very strict birth laws. These laws state that families may only have 1 child, with certain exceptions, usually if their first child was a girl. The law was currently revised, allowing families of certain circumstances to apply for a license and permission to have a second child. Because of this law, many baby girls are often aborted or rid of, since a boy is often favored due to tradition. It should also be mentioned that China has little to no animal cruelty laws, which has caused a lot of uproar from other countries. Because of the lack of these laws, dog and cat meat are often sold in outside bazaars and shops. Such sales have resulted in backlash from animal activists all around the world. Though, there is good and bad in China, just as with everywhere else.

China is just like any other country, it has things it's proud of and things it's not so proud of. Sure, there's plenty of bad things in China, but there are also plenty of good things in China. The Chinese are generally a very proud people, and are very hardworking as well. Many of the negative items spoken of here could easily be debated. It should be said that not everything is what it seems. While some stuff seems bad and ghastly to those of the Western world, it is tradition and normal to those living in China and Asia as well. For example, a Chinese person may find it weird that American women don't hold high regard to men, and that both sexes are generally treated equal within a relationship. What's good and what's bad all boils down to your belief system and where you were raised. These things are not as black and white as it may seem. Communism may seem awful to someone living in the United States, but for those living in China, it may not bother them as much, as it's what they've always known. There is good and there is bad everywhere in this world, to judge a place by it's faults would be silly. China is a cultured, unique, beautiful land that has it's faults, just like anywhere else.