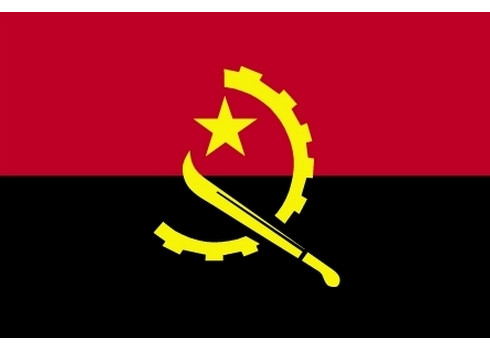 Here is a list of top tourist attractions in Angola. Only the topmost tourist destinations are presented here. To see other destinations, please check the images from Angola section.

Curious if any of these place from Angola made it our best tourist attractions in the world list? Read the aformentioned article in order to find out.

Quiçama National Park, also known as Kissama National Park, is a national park in northwestern Angola. It is the only functioning national park in all of Angola, with the others being in disrepair due to the Angolan Civil War. The park is approximately 70 km from Luanda, the Angolan capital. The park covers 3 million acres, more than twice the size of the U.S. state of Rhode Island. The Portuguese name Quiçama is spelled in English and other languages as Kissama, Kisama or Quicama. The spelling Kissama in English is the closest to the Portuguese phonetic.

Kalandula Falls are waterfalls in the municipality of Kalandula, Malanje Province, Angola. On the Lucala River, the falls are 105 meters high and 400 meters wide. They are one of the largest waterfalls by volume in Africa.

Cameia National Park is a national park in the Moxico province of Angola, located at about 1100 m above sea level. It shares its name with the nearby municipality of Cameia. The Cameia–Luacano road forms the northern boundary of the park with the Chifumage River forming the southern portion of the eastern boundary and the Lumege and Luena rivers the south-western boundary. Much of the park consists of seasonally inundated plains that form part of the Zambezi river basin, with the northern half of the park draining into the Chifumage river. There are also extensive miombo woodlands, similar to those in the Zambezi basin of western Zambia. The park is a sample of nature not occurring elsewhere in Angola. Two lakes, Lago Cameia and Lago Dilolo lie outside the park boundaries and both have extensive reedbeds and grassy swamps that are rich in aquatic birds.

Iona National Park is a National park in Namibe Province of Angola. It is about 200 km from the city of Namibe and, at 5850 sq. miles, the largest in the country. Before the independence of Angola and the Angolan Civil War, Iona was an "animal paradise, rich in big game". However, as is true for most Angolan national parks, illegal poaching and the destruction of infrastructure have caused considerable damage to the once rich park. The park is also known for unique flora and incredible rock formations. Iona is Angola’s oldest and largest national park, it was proclaimed as a reserve in 1937 and upgraded to a national park in 1964 by the authorities of Portuguese Angola. It covers 15,150 km².

Mupa National Park is a National Park in Angola's Cunene province. It was proclaimed a National Park on 26 December 1964 while Angola was a Portuguese territory. It is significant for its expected wide avifauna. Many Angolans reside within the park, which, along with nomadic pastoralists and mineral prospecting threatens to destroy the park's birdlife. According to one article, "Even though the park was initially proclaimed to protect the giraffe sub-species, Giraffa camelopardalis angolensis, by 1974 none were left. Other mammals which occurred, include lion, leopard, wild dog and spotted hyena".

Bicauri National Park is a national park in Angola.